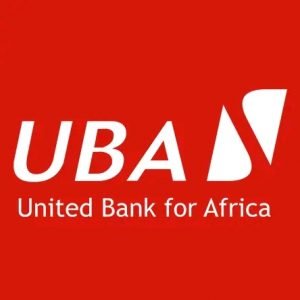 The national body of the United Bank of Africa (UBA) pensioners, has decried what they described as ‘inhumane and trampling of their rights’ by the Management of the Bank. The pensioners further said they have concluded plans to commence a 7days picketing of UBA headquarters in Lagos.

They also hinted that they bring all their aged sick members and go naked during the picketing to show the whole world the pathetic living conditions of Nigerians who once dedicated their lives to work for the growth of the 73 years old largest financial services group in Nigeria and on the African continent: the United Bank of Africa.

UBA, a bank with financial assets valued at NGN:8.5 trillion (US$20.1 billion) and shareholders’ equity of NGN:724.1 billion (US$1.8 billion) according to the pensioners, has systematically caused untold hardship to their members by refusing to heed to extant laws regarding pension increase of its pensioners who are under Define Benefit pensions Scheme (DBS).

The UBA retirees, also lamented the worsening health challenges faced by their aged members who are now incapacitated to make a living from no other source and cater for their health conditions, having spent their youthful age in service to the bank. The also expressed their sadness over what they termed; ‘unrepentant negligence and ill treatment’ by the UBA regarding the issue of their medical benefits provision.

They added that over 100 pensioners of the Bank have died in the past 10 years because the merger pension they receive from UBA is barely enough to feed, let alone cater for their basic healthcare.

Contained in a demand statement signed by their National Chairman and General Secretary, Fidelis O. Fapohunda and Franklin O. Erinle, respectively, made availabley to journalists in Abuja, the pensioners demanded for; “Immediate review of our monthly Pension in line with all Pension increases approved in Nigeria by the National Salaries, Incomes and Wages Commission (NSIWC) since 1995.

“Immediate restoration of Medical Care which was denied us for over twenty five (25) years. We chose not to go back in time but demand yearly cash grant of NOT LESS THAN N50,000 per Pensioner in lieu.”

“We served UBA righteously and diligently. It is a pity and disheartening that we spent many years serving and building that Bank with no case of tampering with the banks’ money or property, but are unfortunately being treated as scums.”

“This kind of treatment is the reason many young bankers are stealing banks money today, whence they know they will be treated like we are being treated us today. With this kind of treatment, you cannot look far away as to why workers especially in the banking sector are no longer committed to work.

“We have being on this matter for long. UBA management uses all sorts of tactics to frustrate our demands which are by the way, our rights. Pensioners of other banks are being treated better but UBA is the worst. Go and check how Union bank treats its pensioners. Just ask question and you will pity us.” Mr Erinle, added.

Furthermore, the pensioners explained that following series of letters written to the management of UBA to reach a win-win agreement on the issues, the Bank in a recent letter titled: Re-Medical Request and dated 19 May, 2022, said; “Reference to your request regarding above subject, kindly be informed that after due consideration, the bank is unable to accede to the request. The bank has however approved a discretionary grant of N30, 000 to be credited to each Pensioners’ account effective July 2022.”

The pensioners went on to call on the Federal government and its agencies, National Income, salaries and Wages Commission in particular, to come to their aide especially regarding their pension increase in line with the 2019 approved pensions consequential adjustment, which all Defined Benefit Scheme pensioners in the country are entitled to.

When contacted, the United Bank of Africa, Public Relations officer, Mr Abiodun Coker, acknowledged the issues raised by the pensioners and promised that the bank has already set up mechanisms to review and resolve the issues.

He added that the bank may not be able to make provisions for all the pensioners’ demand, however, something tangible and substantial shall be done to cushion the hard living conditions the pensioners are experiencing.

Further phone calls to clarify other issues raised by the pensioners, were not answered by Mr Coker, as at the time of filing this report.