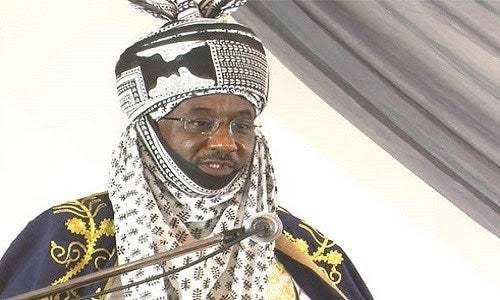 A play, “Emir Sanusi – Truth in Clay”, produced by Duke of Shomolu Productions, is to be staged in Lagos and Abuja in August, according to a statement by the producers.

Mr Joseph Edgar, Executive Chairman of Duke of Shomolu Productions, signed the statement, a copy of which was made available to the News Agency of Nigeria (NAN) in Lagos on Monday.

It said that the play would depict the lives, drama and intrigues surrounding the dethronement of both Emir Sanusi I and his grandson, Emir Sanusi II, leaning heavily on the eye witness account of the Dogarai (place guards), who served both Emirs.

“The Play will excitedly work very assiduously through the very colorful traditions and culture of the Fulani and other people of Northern Nigeria, in its bid to foster an equivocal retelling of a very compelling story.

“Through some of the most enigmatic storytelling, the play will explosively carry audiences through a voyage of rediscovery, taking them through the sacrifices made by both subjects as they waltzed through a market of misunderstanding leading up to what seemed like a predestined and epocal climax,” the statement explained.

It said that the National Troupe of Nigeria had already endorsed the production and would also be partnering in its execution.

According to Edgar, the former Emir has confirmed his readiness to attend both performances to be held in both cities.

He said that the play would make history as the first co-locational play in Nigeria, if not Africa, utilising different casts in both locations.

The chairman added that the play would be directed by Prof. Ahmed Yerima, generally regarded as an institutional pillar of Nigerian theatre.

NAN recalls that Yerima also wrote and directed Duke of Shomolu’s “Aremu”, a play that depicted the life of Chief Olusegun Obasanjo.

The play attracted influential statesman to both the Lagos and Abeokuta showing.

The statement quoted Mrs Mofoluwake Edgar, Managing Director of the firm, as stating that the outfit had emerged the biggest purveyors of historically-backed stage productions in Nigeria.

“With over 12 productions, including Ufok Ibaan, Isale Eko and Emotan, to mention a few, our firm continues to push its vision of retelling our national historical stories to a new generation in a firm bid to foster national reawakening using the arts as a strong vehicle of delivery.

“As part of the vision, the firm has pulled in respected directors like Makinde Adeniran, William Benson and Segun Adefila as it pursues its vision of excellence,” it quoted the managing director as saying.

It further quoted her as saying that more than 100,000 Nigerians had physically seen the productions that had thrown up one of the largest collections of theatrical images on the continent.

The statement added that Agip Recital Hall of the Muson Centre in Lagos, and the Musa Yardua Centre in Abuja, would host the play.

It added that the firm would be running a theatre festival in December where it would stage four plays – Ufok Ibaan, Our Duke Has Gone Mad, Awo oand Ogiame Erejuwa II.

It also announced that a play – Ladi Kwali – would be staged at Easter in 2023, adding that it would be written and directed by Nigeria’s first Professor of Dance, Bakare Ojo, currently the Ekiti State Commissioner for Arts and Culture.

Nnamdi Azikiwe will also be showing the same Easter 2023, it said, adding that First Bank and Purple are principal sponsors of the projects. 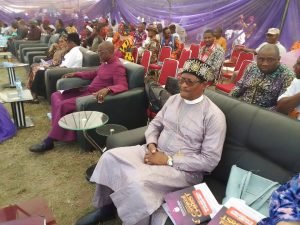 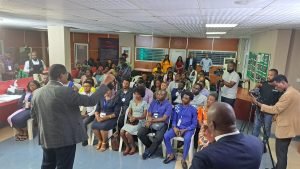 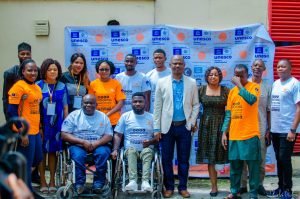