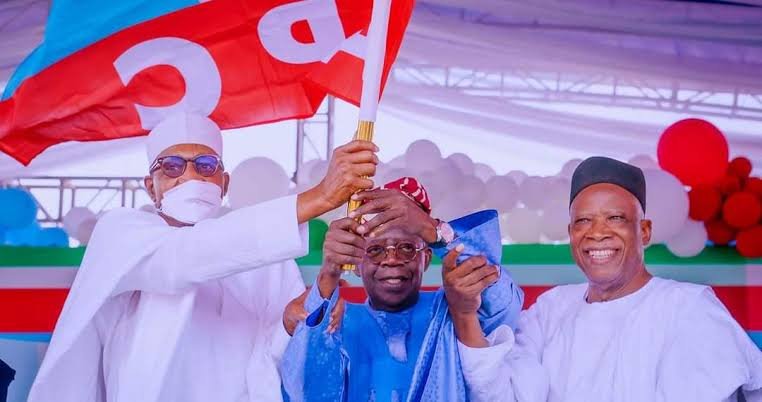 He said this on Thursday in Abuja while speaking with newsmen at the Abuja residence of Tinubu where he went to congratulate him for emerging as the party’s presidential flagbearer.

The APC national chairman was accompanied by members of its National Working Committee (NWC) on the visit.

The News Agency of Nigeria (NAN) reports that Tinubu, one of the leaders of the APC, emerged as its 2023 presidential candidate at its just concluded Special Convention and Presidential Primary Election on Wednesday.

Tinubu, who contested the party’s presidential ticket with 13 other aspirants, polled 1,271 votes at the election to pick the ticket.

“For us, action speaks louder than voice, we are here to join our brother, congratulate him and assure him that we are together.

“This is our project and by God’s grace, we will succeed,’’ the APC national chairman assured.

NAN also reports that the Abuja residence of Tinubu had become a beehive of activities as dignitaries, supporters and different associations, including the Progressive Northern Governors Forum (PNGF), had continued to congratulate him on his victory at the election.