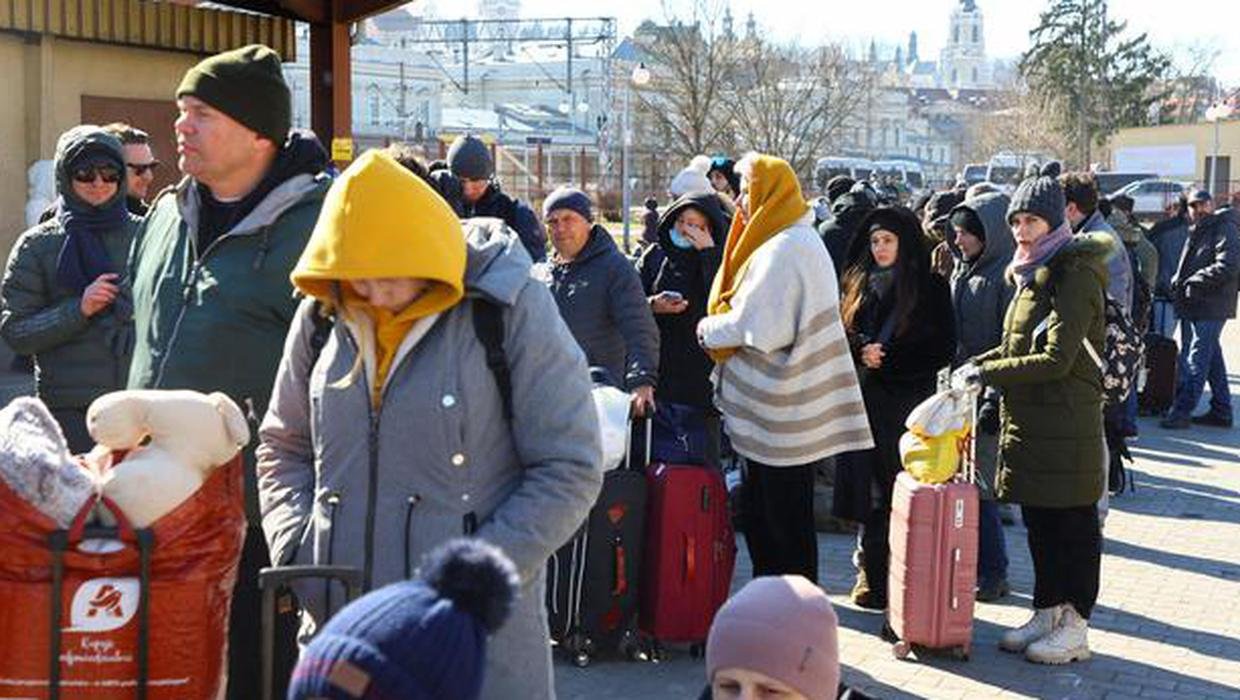 More than 4.8 million Ukrainian refugees are currently residing in other European countries, according to an analysis from the UN refugee agency (UNHCR).

Almost 7.3 million border crossings out of Ukraine have been recorded since Russia invaded its western neighbor in February, UNCHR said on Thursday in Geneva.

The statistics also show 2.3 million border crossings in the opposite direction, that is from abroad to Ukraine.

It is possible that this includes people who travelled back and forth several times.

UNHCR explained that the statistics did not say anything about whether people have returned to Ukraine temporarily or permanently.

The UN refugee agency has collected additional data from national authorities to better show where Ukrainians are.

Not all countries have contributed the most up-to-date data.

According to UNHCR, most of the Ukrainians who have fled live in neighboring Poland, which has more than 1.15 million people.

Since the start of the war, a total of 3.8 million border crossings from Ukraine have been registered there and almost 1.7 million in the other direction.

Russia is home to an estimated 1.1 million people who have fled Ukraine, which had a population of 41.4 million in 2021, since February.

According to the report, the third largest receiving country is Germany, with 780,000 refugees, followed by the Czech Republic, Italy and Spain.

UNHCR reported that the Ukraine war has caused one of the largest human displacement crises in the world today.

“The outpouring of solidarity in States receiving refugees remains extraordinary.”