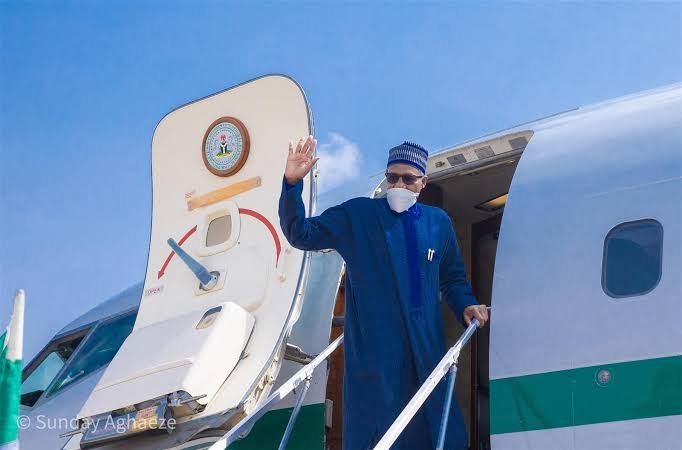 President Muhammadu Buhari will on Saturday in Accra, Ghana, attend an Extraordinary Summit of the ECOWAS Authority of Heads of State and Government on the political situation in Mali and other parts of the sub-region.

The Summit will hold at the Presidential Palace, Accra, also known as the Jubilee House.

Mr Femi Adesina, the President’s spokesman, confirmed this development in a statement on Saturday in Abuja.

According to Adesina, the Summit is expected to review progress made by Mali’s military junta on the return of the country to democratic rule.

”The Heads of State will also review the situation in the Republics of Burkina Faso and Guinea,” the presidential aide added.

The president is expected back to Abuja same day at the end of the Summit.

The News Agency of Nigeria (NAN) reports that the heads of state and government met in Accra on March 25, under the chairmanship of Nana Addo Dankwa Akufo-Addo, President of the Republic of Ghana and Chairman of the ECOWAS Authority.

That summit was convened to review the recent political developments in Mali, Guinea and Burkina Faso since the last Extraordinary Summit held on 3rd February 2022 in Accra.

NAN reports that the authority in a resolution noted that the security and humanitarian situation in Mali continues to deteriorate with attacks by terrorist groups resulting in military and civilian casualties.

It noted that during the last mission of the ECOWAS Mediator to Mali from March 18 to March 20, the Transition Authorities proposed a 24-month timetable, that is, two (2) years in addition to the 18 months that have already elapsed.

The Authority noted that, in view of the global political and security situation, there is an urgent need to reach an agreement in order to avoid further deterioration of the situation in the country.

It also regretted the non-availability of the President of the Transition to physically honour the invitation extended to him to participate in the Summit in order to find a solution to the current situation in Mali.