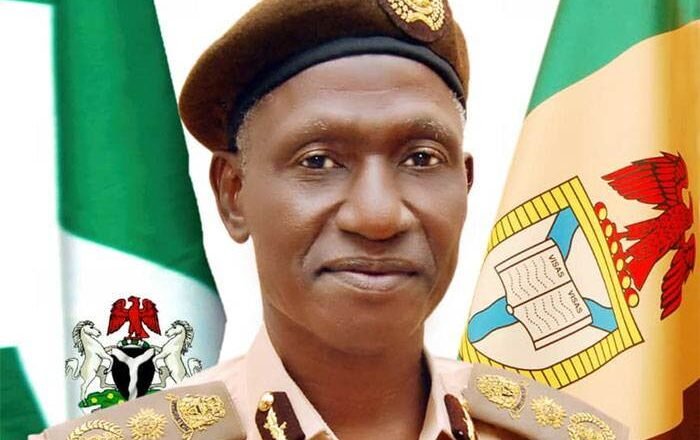 The Nigerian Maritime Administration and Safety Agency (NIMASA) has urged the Nigeria Immigration Service (NIS) to checkmate the influx of illegal immigrants and ensure proper documentation of foreigners in Imo State.

The Director General of NIMASA, Dr Bashir Jamoh, made the call on Friday in a one-day security workshop to enhance security management and awareness in Imo.

The D-G, represented by the Executive Secretary of SEMA, Mrs Agnes Ajoku, said some of the crimes in the state were carried out by illegal immigrants whose identities were unknown to the government.

Jamoh called on both military and paramilitary organisations in the state to build a stronger synergy in tackling insecurity in the state.

He said the essence of the security workshop with relevant stakeholders was to review the security situation in the state and agree on possible solution to the menace.

He said that security should not be left in the hands of uniform personnel alone and called on the general public to cooperate effectively with security agencies in the state.

The summit was organised in collaboration with Imo State Emergency Management Agency (SEMA).

The DG commended Gov. Hope Uzodimma of Imo for his consistent efforts to tackle insecurity and to ensure that peace was brought back to the state.

The Head of Imo/Abia Operations Office of the National Emergency Management Agency (NEMA), Mr Ifeanyi Nnaji, in his address, urged the government to tackle insecurity from the grassroots and restore the core value of Nigerians.

He said only when such value was restored, would the society begin to experience peace and stability.

“We need to tackle insecurity from the grassroots and bring back our core value.

“Quick money syndrome is one of the greatest challenges we are facing today; the menace of quick money must be seen as a national emergency.

“You cannot separate insecurity from disaster, a society with high insecurity will be vulnerable to disaster,’’ he said.

The Secretary of Imo Council of Traditional Rulers, Eze Lucky Okoro, said that insecurity could not be effectively tackled without good governance.

He said poor implementation of government policies and government negligence to basic needs of the masses were the major causes of insecurity in the country.

“Insecurity started from the grassroots, traditional rulers are helpless with the situation.

“We need government to empower traditional rulers with the law to tackle crimes in various localities, we don’t have any law backing us to fight criminals,’’ he said.

The News Agency of Nigerian reports that among security agencies at the workshop representatives of the Nigerian Police, Army, Civil Defence and Immigration.

Others are representatives of the state command of Correctional Centre, Customs and DSS.