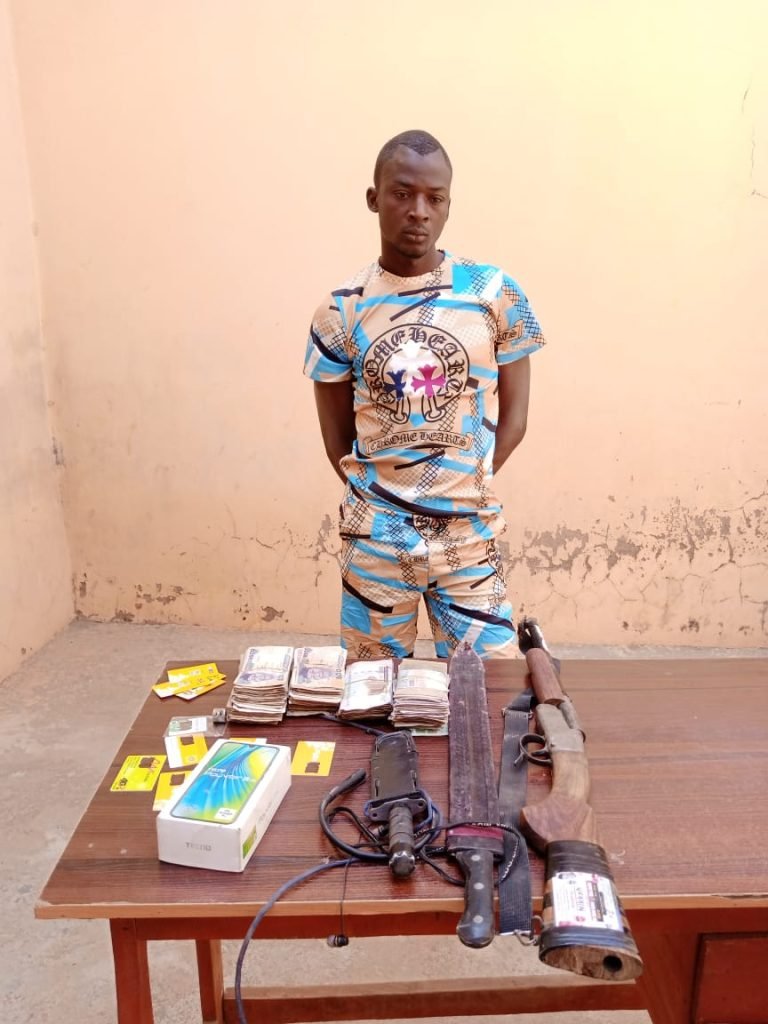 The Kwara Police Command has arrested a transborder suspected kidnapper, Mohammed Alo, in the forest of Baruteen Local Government Area of the state.
This is contained in a statement issued by the Command Public Relations Officer (PPRO), SP Ajayi Okasanmi, on Monday in Ilorin.
He said that the suspect, a citizen of Benin Republic, was arrested while in search of some suspected kidnappers hibernating within the forest of Baruteen.
He added that the arrest of the suspect was made possible with the assistance of local vigilance men who, he said, accompanied the policemen to comb the forest.
He also said that dangerous weapons and a large sum of money were some of the items recovered from the suspect.
“Acting on an impeccable intelligence, a team of detectives headed by the Divisional Police Officer, Kosubosu, assisted by a local vigilante, stormed the forest within Kosubosu in Baruten axis, in search of some suspected kidnappers hibernating within the forest.
“One locally made gun, one machete, one Jack knife, two telephone handsets of different make, one Bluetooth and cash sum of 2 million,  three hundred thousand naira (N2,300,000:00)” were recovered from the suspect, he added.
The PPRO said that the suspect confessed to being a member of a transborder kidnapping gang, whose other gang members are now in Benin Republic.
He assured that the suspect would be charged to court as soon as investigation is concluded.
NAN