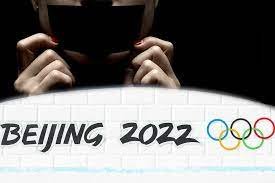 China faces mounting criticism on human rights issues ahead of the Winter Olympics, which opens on Friday.

Activists spoke of intimidation, interrogation and state security officials telling Chinese civil rights activists to restrain themselves during the Games.

“I think we can reasonably assume that those who aren’t already detained, disappeared, or outside the country have been thoroughly silenced these days,” Sophie Richardson from Human Rights Watch said on Thursday.

Civil rights activist Hu Jia, who had complained about the harassment of dissidents by state security, was no longer reachable.

The 48-year-old, who is under house arrest in Beijing, had previously told the New York Times about warnings from security officials.

“They said if I don’t stay silent, my rights to visit my mother may be affected,” Hu said.

The authorities also seem determined to nip criticism on the internet in the bud, activists said.

There were also critical statements from Germany while Beijing is adorning itself with the Games.

“The most serious human rights violations are being committed in the country which are currently unprecedented in this form,” said Renata Alt (FDP), chairwoman of the Bundestag’s human rights committee.

In the future, the human rights situation ought to be “the decisive criterion” for the selection of Olympic venues, Alt asserted.

A coalition of sports groups and human rights groups called on the International Olympic Committee (IOC) and top sponsors to ensure the athletes’ freedom of expression during the Games is guaranteed.