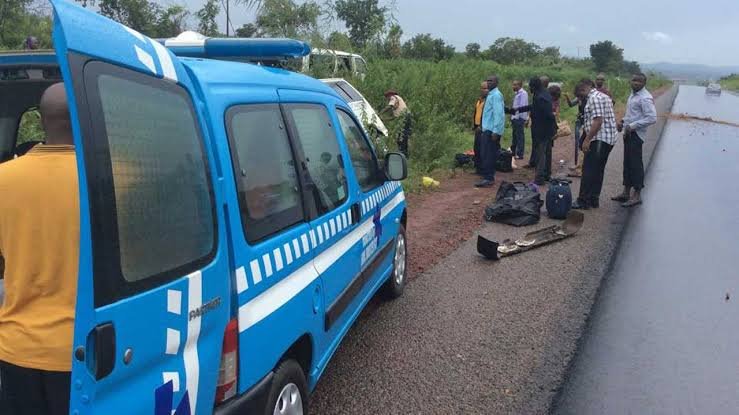 The Federal Road Safety Corps (FRSC) says no fewer than 96 persons lost their lives in road crashes that occurred within Enugu State in 2021.

The Sector Commander of FRSC Enugu State Command, Mr Joseph Toby, disclosed this to the News Agency of Nigeria (NAN) in Enugu on Friday.

Toby said that in the year under review the state recorded a total of 272 crashes within roads in the state.

“We have a total of 465 vehicles involved in the crashes in 2021 in major and inter-city routes in the state.

“In the year, the total number of persons injured by the road crashes was 731 while 65 of such road crashes were fatal; 148 persons have serious injuries and 59 people got minor injuries.

The commander said that the command also booked 1,845 motorists for various traffic offences in the state.

“Majority of those booked committed non-use-of-seat-belt offence while the most class of vehicles involved in this offence was SUV (Sports Utility Vehicle),” he said.

Toby, while commending the efforts of FRSC officers, regular and special marshals, urged them to redouble their efforts to further reduce road crashes in the state in 2022.

“I also want to laud the motoring public and various transport unions for their cooperation in 2021 and urge them to sustain the partnership for safe and secured roads this year.

“The command thanks sister security agencies, the state ministry of transport and the National Emergency Management Agency (NEMA) for their supportive role to our operations in 2021.

“We thank the state government, especially Gov. Ifeanyi Ugwuanyi, for support and goodwill toward the operations of the corps and solicit for more support in this 2022,” he added.