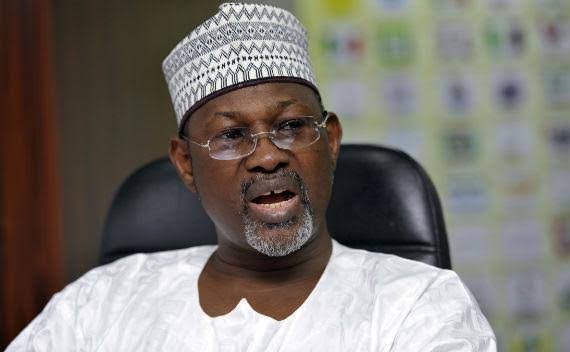 The Independent National Electoral Commission (INEC), Civil Society Organisations (CSOs) and other stakeholders have expressed concern over the increase in campaign spending ceiling, proposed in the Electoral Amend Bill ahead of the 2023 elections.

The stakeholders, at a High-Level Policy Roundtable on Political Campaign Finance on Friday in Abuja, expressed concern that the high cost of campaign spending ceiling and election expenses might exclude potentially good candidates.

The News Agency of Nigeria (NAN) reports that in the proposed Electoral Bill, a presidential candidate can now  spend from N5 billion as against the former N1 billion in the 2018 Act.

Furthermore, a House of Representatives candidate will henceforth spend N70 million instead of N30 million in their respective election spending.

Yakubu  said through the Economic and Financial Crimes Commission, EFCC, commercial banks would be mandated to report all suspicious transactions ahead of the election while threatening to prosecute any bank that failed to cooperate.

“We have not officially declared notice for the 2023 general elections, but when we so declare, we will put our monitoring committees to motion like the central banks, the DSS, the EFCC, the ICPC, the (commercial) banks and other law enforcement agencies.

“Every candidate must be made to declare his bank asset because that is where they draw out their money so we will make them to present their statements of account right from the onset.

“We will make it mandatory for them to turn in their bank statements so if they say they are doing billboards and the account remains the same, then there is a problem.”

Yakubu said that INEC would establish finance monitoring teams to monitor politicians to curb excessive electoral funding because money politics, undue influence of money, marginalisation, particularly of women and youths and other vulnerable members of the electorates, are hampering participation.

“These groups ordinarily would want to participate in the electoral process but because of economic reasons many of them cannot participate.

“So they have decided to leave it to the money bags, those who have enough money to manipulate the system for campaign and so on.

“These have become concerns to INEC and we will be working to ensure it is curbed, using the law that empowers INEC, so I am glad this meeting is holding.

“We look forward to more recommendations on how we can provide solution to issues bothering on elections, like vote buying, issues of money bags, God fathers and how to provide a level-playing ground for everybody.’’

Former INEC Chairman, Attahiru Jega, said that in a rush by members of the National Assembly to raise the campaign fund they forgot that the Electoral Act 2010, as amended, has already defined campaign ceiling funds with regards to political parties.

“So if this bill is passed, there is going to be a contradiction in relation to what is the definition of campaign ceiling and to whom does it apply.

“So there is need to pay more attention to what mechanism we can introduce in order to improve compliance with whatever campaign ceiling is there.’’

Jega also advised that it might be too late to start talking about changing things now but attention should be paid to it in the next circle of election to ensure that the new ceilings proposed is drastically removed.

He further explained that the campaign ceiling is outrageous but if it scaled through the law, Nigeria could copy the Indian model of checking financial excesses by INEC looking for ways of ensuring accountability.

This, Jega said, is by creating a website for political parties where one could put information and there is accountability on how these funds were raised, how this ceilings is met and also how the expenditure is done.

He said that way the electoral environment would be sanitised, adding “if we insist on this accountability, INEC can get its lawyers to look at how best this can be done.

“Then you can begin to somehow sanitise them, and look for a way to erase the N5 billion benchmark.

“I  think what happened is that we paid too much attention on the issues of electronic transmission of results and other things and that somehow they quickly passed this thing about raising the threshold,’’ he said.

Prof. Bayo Olukoshi, Chairman, The Electoral Forum, said that Electoral finance is a question of money politics, one which has exercised the minds of scholars and policy makers not just in this country but around the world.

Olukoshi said that Nigeria has witnessed an increase of enormous proportions in what it costs to run and win elections.

He said that mind bugling resources were usually deployed by politicians to win power and this had been of concern because of criminals or people entering the political system using illegal or illicit money to buy power as it were.

“So it really is an important issue to confront as we move into an election year and intents and campaigns have already started in the lead up to 2023.

“The  threshold was defied on what candidates may expect which raised a lot of other questions, of whether those levels have not been set at a height that effectively might exclude rather than include potentially good candidates.

“What we call money bags are probably the ones who are likely to be able to raise some of those kinds of resources that are defined within the parameters of the law.’’

Olukoshi said that more than that, INEC needed the capacity to monitor the funding to be able to actually hold political parties and their candidates accountable to ensure that they do not exceed what is legally defined as the acceptable limits.

“Democracies that endure are inclusive ones.

“So you cannot consolidate a democracy if you are not able to address the question of participation, setting parameters, including of a financial nature that ensures that a maximum number of interested candidates step forward without too much hindrance.’’

Mr Yabagi Sani, National Chairman of the Inter-party Advisory Committee (IPAC), the umbrella body of registered Political Parties in Nigeria, said that in as much as IPAC believes, like most Nigerians, that the new election funding limits are on the high side, it is, however, more concerned about enforcement and compliance.Sanni, represented by Mr Obidike Okolo, National Treasurer IPAC, urged all stakeholders to support INEC to achieve its regulatory role, adding that the IPAC leadership would be more forthright and vigorous in spear-heading the campaign for compliance by all political parties.