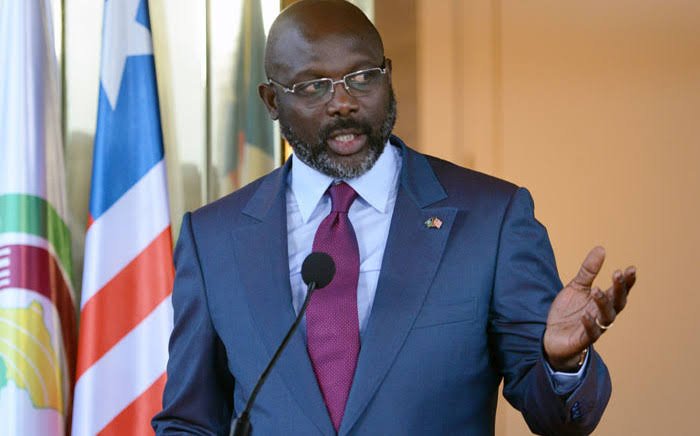 President George Weah of Liberia re-echoed the huge potentials of his county, Africa’s oldest republic, urging his compatriots to embrace peace to make the country a pace-setter.

Weah made the call while inaugurating the commencement of the country’s bi-centennial celebrations at Providence Island, Liberia, where the first settlers resided 200 years ago.

The Providence Island settlement marked the beginning of the founding of a modern nation, named Liberia in 1822.

The News Agency of Nigeria (NAN) reports that Liberia has however, been decimated by a long-drawn civil war that took its toll on the country, hampering development and national cohesion in the tiny West African country.

Mr Ledgerhood Rennie, Liberia’s Minister of Information, Cultural Affairs & Tourism in a statement to NAN in Abuja on Sunday, quoted Weah as pleading with the people of Liberia to close ranks to celebrate the country’s 200 years of nationhood.

“Weah urges all Liberians to redouble their efforts to promote unity among themselves, no matter where they reside, encouraging them to make meaningful contributions to the nation-building process of the country.

“In Liberia, national unity and reconciliation is the cornerstone to all national development efforts and it is the basis for combating all forms of discrimination and exclusion.

“As a country which has emerged from a divided past and a recent civil war, it is our only option for survival and continuity as a nation,’’ Rennie quoted the president as saying.

He also cited Weah as urging Liberians to continue to embrace the tenets of national unity as the country “moves forward together – towards becoming a reconciled and democratic nation, whose citizens are at peace with each other, our neighbours and the world.”

Weah said that redefining Liberia’s identity and building a shared sense of nationalism should be at the centre of reconciliation in Liberia.

He added that the model for genuine national unity and reconciliation should be inspired and founded on positive cultural values, citizenship building, good governance, economic empowerment and rule of law.

“As we commemorate our National Bicentennial, let us recollect memories of all our ancestors — their various ways of life, their respective histories and cultures.

“Let us reflect on the way they co-existed with each other as long-lost brothers and sisters and how they returned to the land to form a unique and united country.

“Irrespective of our diverse ethnic groups, religious beliefs and regions, we must continue to co-exist peacefully as one united Liberian nation.

“We as Liberians can only promote national unity and reconciliation by living together in peace and harmony, exercising tolerance by accepting each other’s way of life.”

Weah also emphasised patriotism as a major tool in promoting national unity and reconciliation, describing unity as the bedrock of national foundation.

He noted that when there is love for one’s nation, such love will engender a spirit of brotherhood, sisterhood and fraternity among citizens of the country.

According to the statement, as part of the national unification effort, Weah planted two cotton tree seedlings on Providence Island, to replace the “male and female” cotton trees that once stood there for centuries.

Weah said that by planting the seedlings on the official commencement of the 2022 Bicentennial, Liberians were reinforcing the common heritage that united them as descendants of the indigenous people and descendants of settlers.

The Bicentennial celebration will be celebrated throughout 2022 from Jan. 7 to Dec. 10, with the official opening ceremony to be held on Feb. 14.

The theme of the celebration is: “Liberia: The Land of Return – Commemorating 200 Years of Freedom and Pan-African Leadership’’ with slogan: ‘The Lone Star Forever, Stronger Together’.

The bicentennial celebration seeks to memorialise black freedom and nationhood and the determination for self-governance that began 200 years ago when Liberia was established in 1822.

The celebration also includes paying homage to Africa’s first republic which founding essentially began with the arrival of freed black slaves from the U.S. on what is now called Providence Island, 200 years ago.