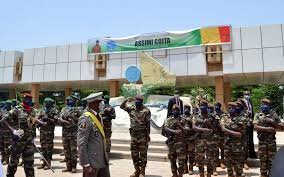 A conference in Mali charged with recommending a timetable for democratic elections following a military coup said that polls scheduled for February should be delayed by between six months and five years in part because of security issues.

But it has made little progress, blaming disorganisation and a rash of Islamist violence in the north and centre.

ECOWAS, West Africa’s main political and economic bloc, has imposed sanctions on the coup leaders as a result and has promised more if Mali does not produce a plan for February elections by Dec. 31.

The government has said it will take the recommendations of the National Refoundation Conference and decide on a new election calendar by the end of January.

A prolonged transition back to democracy could isolate Mali from its neighbours and from former colonial power France that has thousands of soldiers deployed there against insurgents linked to al Qaeda and Islamic State.

It could also undermine democracy in West and Central Africa where military coup leaders in Chad and Guinea are also under pressure to organise elections and give up power.

The proposed election timetable comes at a delicate time politically. France is reducing its military presence in the north while Russia has sent private military contractors to train Malian troops, a move Western powers worry about is the beginning of wider Russian deployment.