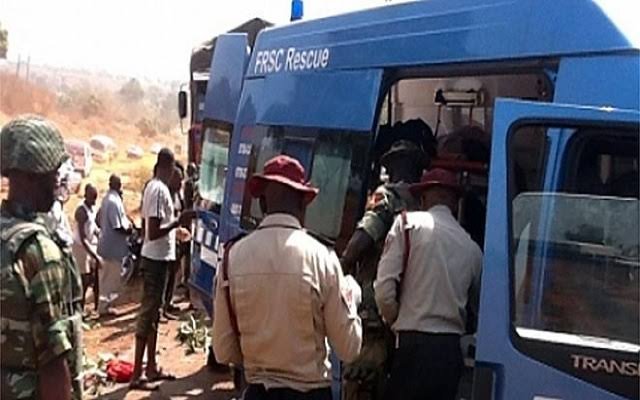 Seven persons were killed, while seven others sustained injuries on Saturday in an accident involving a Mercedes Benz luxury bus at Ososa Bridge on the Sagamu-Benin Expressway.

Mr Ahmed Umar, Sector Commander of the FRSC in Ogun confirmed the incident in Abeokuta.

Umar said the accident occurred at 12:20 a.m. and it was caused by excessive speeding, wrongful overtaking and loss of control by the driver.

He said that the unregistered vehicle rook off from Ojuelegba, Lagos, and was heading to the eastern part of the country when the accident happened.’

He added that 63 persons – 40 male adults, 15 female adults and eight children were in the bus and that 49 of them, including all the children escaped unhurt.

He added that the injured victims were rendered first aid treatment while the deceased were deposited at State Hospital Mortuary, Ijebu-Ode in Ogun State.

The sector commander cautioned motorists about dangerous driving, especially during this period of high vehicular movement and night travels when visibility is poor.

Umar commiserated with the families of the crash victims and enjoined them to contact FRSC Ijebu-Ode unit for more information about the crash.