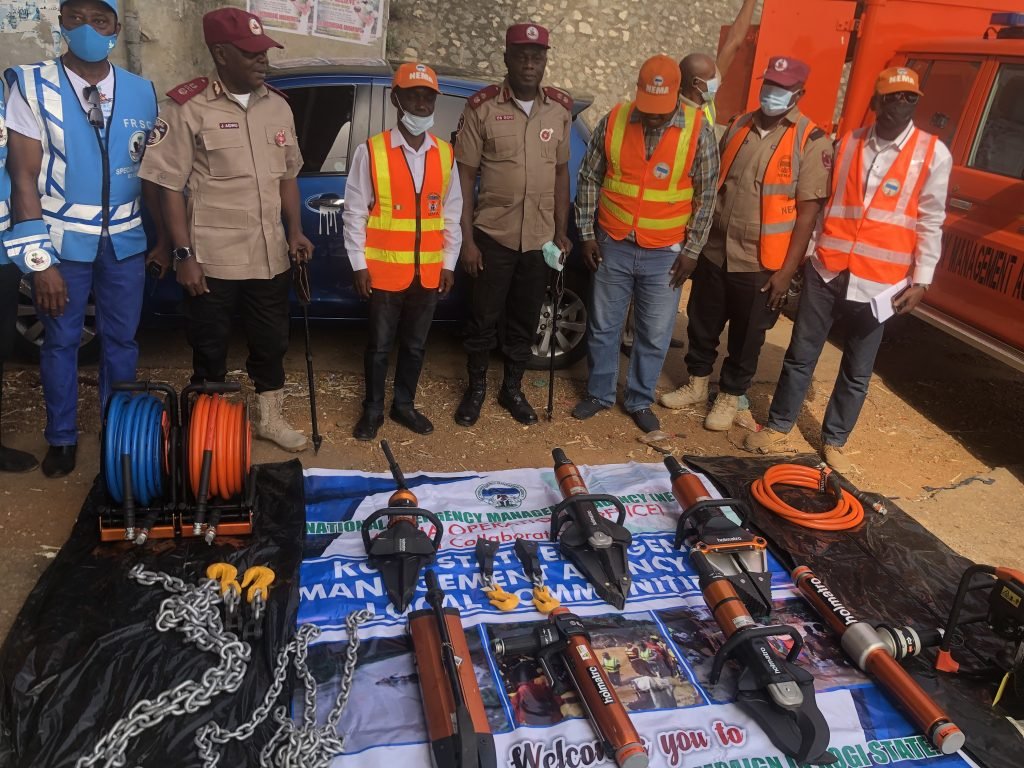 This is to compliment the efforts of the Federal Road Safety Corps (FRSC) in providing prompt rescue operations during emergencies in the ongoing end of the year special patrol.

The head of operations, NEMA, Mr Justin Uwazuruonye, said this during the sensitisation and awareness to the motoring public and stakeholders in support of FRSC “ember months” campaign on Friday in Abuja.

Uwazuruonye said the operation was an annual event carried out by NEMA in support of FRSC during the “Ember Months.”

He said the agency usually deployed life support ambulances and muti-hazards rapid response vehicles at strategic locations, and conducts rover patrols in order to mitigate impact of the emergency situations that characterised festive periods in Nigeria.

According to him, this helps to ease our work with the presence of state-of-the-art equipment for disaster and emergency management in NEMA’s inventory and trained personnel in Urban search and rescue (USAR)

“This is with the view of reducing the hardship Nigerians go through during these periods.

“It is hoped that the motoring public will utilise the enlightenment campaign and education by the FRSC and other relevant stakeholders in making every festive period accident free in Nigeria.

“It is also important to use this medium to report that this stop gap efforts have exposed the fact that in every ten incidences responded to by our operatives, nine are road related crashes.

“As such, this is worrisome development and other statistics released by the FRSC annually, suggest that road traffic crashes are one of the leading causes of death in Nigeria today.

Uwazuruonye urged motorists to cooperate with the agency and FRSC to have a free flow movement and accident free celebration during the Christmas and New Year.

The Sector Commander, FRSC, FCT command, Mr Samuel Ochi, said the nature of the FRSC’s deployment in the year 2021 had made it easy for the Corps to address safety on the road.

Ochi said the number of personnel that had been deployed had adequately taken care of some of the challenges the Corps faced in the past.

“And the major routes are Gwagwalada-Zuba, Kaduna/Lokoja and Nyanya/Keffi. The experience has been the same. We have high traffic only in the morning.

“However, the construction of the Gwagwalada/Lokoja road has assisted us in a number of ways that we do not have the challenges of traffic building up as it was in the past.

“We have also had a lot of relationship with the union members. Before this time, we had a meeting with them and with their cooperation we have been able to achieve the results you are seeing on the road today,” he said.

Ochi said the Corps had deployed four heavy duty tow trucks to all the major routes to ensure vehicles that broke down on the highway were removed immediately.

“These are the strategies that have helped us to ensure all passengers that are traveling this time have a good time on the highway,” he said.