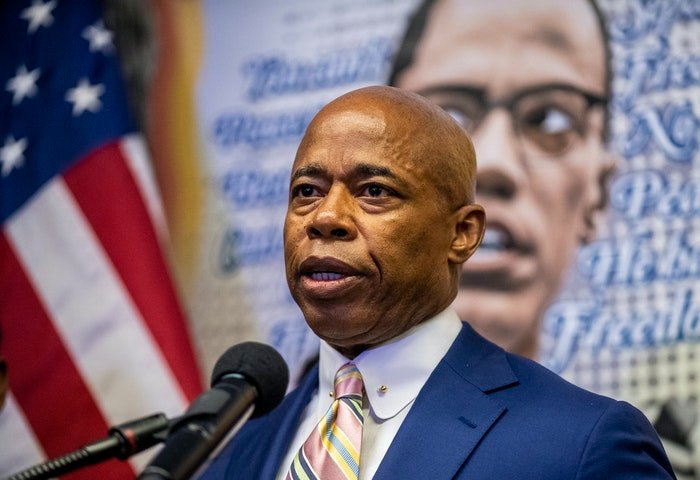 New York City Mayor elect, Eric Adams, on Tuesday said he would postpone his inauguration, which was set for Jan. 1, 2022 due to the rise in cases of the Omicron variant of COVID-19.

Adams made the announcement after he met with the current New York Mayor, Bill de Blasio.

“It is clear that our city is facing a formidable opponent in the Omicron variant. After consulting public health experts, we have decided that the inauguration ceremony will be postponed to a later date,” said Adams.

The Omicron variant is spreading rapidly.

According to the federal Centres for Disease Control and Prevention (CDC), Omicron is now the dominant variant of the COVID-19 in the U.S., making up 73 per cent of new infections last week.

CDC data revealed a nearly six-fold increase in Omicron’s share of infections in just one week.

More than half of the positive results came from New York City.

City data indicate that the percentage of people who tested positive reached nearly eight per cent during the week of Dec. 13, more than double the seven-day average from the previous week.

Earlier, Bill de Blasio, announced that residents who received a COVID-19 booster shot by the end of the year would be given 100 dollars.

“Today we’re announcing a 100 dollar incentive for anyone who gets a COVID-19 booster at a city-run site or with our partner Somos Care,” De Blasio said.

“This is the moment. Get your booster and protect your family and city,” he said.

De Blasio said over the last seven days, the city had seen an average of approximately 9,300 new COVID-19 cases.

“That will continue to rise in the next few weeks,” the mayor said.