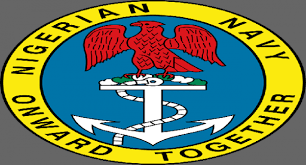 In his address of welcome at the 2021 Eastern Naval Command ceremonial “Sunset’’ held at NNS Jubilee on Thursday Ibrahim said the Command’s effective patrol made the impounding possible.

He added that its sustained operations at sea led to considerable reduction in piracy.

“The Command sustained effective patrol of its maritime Area of Responsibility and undertook several clearance and swamp buggy operations in the backwaters.

“These operations resulted in considerable reduction of piracy and led to the impounding of 25 vessels engaged in illegal bunkering, crude oil theft and other forms of maritime illegalities.

“This is in addition to the Command’s anti-smuggling efforts which led to the seizure of more than 3,062 bags of 50kg parboiled foreign rice,’’ Ibrahim said.

He said that during the period, there was also infrastructure development across all Bases and units under Eastern Naval Command with particular focus on enhancing security and improving on personnel welfare.

Ibrahim enjoined Navy personnel not to rest on their oars, but to always conduct themselves in accordance with ethos and traditions of the Navy and renew their commitment to national security.

“Personnel must be mindful of the National Pledge and the overarching needs of the oath of allegiance undertaken when joining the Service.

“Our loyalty to the President, Commander-in-Chief of the Armed Forces as well as the Constitution of the Federal Republic of Nigeria must be absolute.

“All hands must be on deck in addressing the challenges of insecurity in Nigeria. Our nation and indeed the citizens of this great country deserve more from us and as such, we cannot afford to fail the country,’’ he stressed.

He commended the Chief of the Naval Staff, Vice Adm. Awwal Gambo, for his strategic support to ensure the modest achievements recorded by the command.

In his remarks, the special guest of honour, retired Rear Adm. Francis Akpan, urged Navy personnel to maintain the highest level of discipline, professionalism and integrity in protecting the territorial integrity of the nation.

He added that the age-long ceremonial sunset event afforded retired and serving officers a reunion and also fostered cordial relationships between officers of the Nigerian Navy and those of other security agencies.

The Commander NNS Jubilee, Commodore Olabode Fazaz, thanked the flag officer commanding Eastern Naval Command for giving it the opportunity to host the 2021 ceremonial sunset and all invited guest for honouring the invitation.