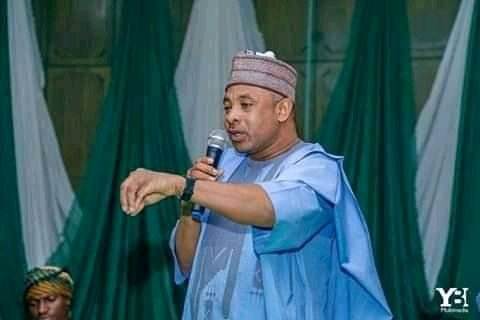 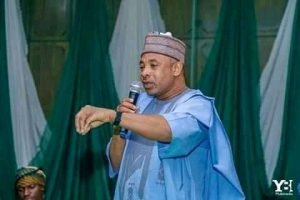 Pan-Arewa socio-politcal organisation, the Coalition of Northern Groups (CNG), has said the region will retain power in the 2023 presidential poll, zoning or not, but assuring that the People’s Democratic Party (PDP) will zone its ticket to the North.

CNG Spokesperson, Abdul-Azeez Suleiman, at a press briefing, earlier today in Abuja, stressed that the North would not cave in to ‘antics and intimidation to forgo the poll as the region has the population to wrestle power.’

Suleiman added that indigenes truncating the ambition of the region would be exposed.

“Since democracy everywhere is a game of numbers, under no circumstance will the North succumb to intimidation, blackmail or threat from any quarter to abandon its collective franchise by not seeking the presidency in 2023 or any time in the future,” he said, boasting that “the northern population, which is in clear majority, will never accept any presidential candidate who is the product of an undemocratic zoning process from whichever party.”

He said the CNG had resolved to: 1) Call the attention of the northern public to get prepared and sensitized to hold any political party, by whatever name it is called that attempts to deny northerners the right to contest the presidency as enemy of the North.

2) To warn any political party that takes any step to block the window for the possible emergence of a northern presidential candidate shall be roundly rejected by the North.

3) To specifically point out that no conspiracy in whatever form will stop the North from fielding a Northerner for the presidency in the PDP in 2023 irrespective of its recent body language that tends to block a northern candidacy by quickly zoning the national chairmanship position to the North which is unacceptable.

In another development, the Spokesman warned Igbo traders residing in North not to observe the sit-at-home order initiated by the proscribed Indigenous People of Biafra (IPOB), threatening that their shops would be revoked.

He explained that the order should only hold water in other regions and not the North.

He said: “We have seen a new statement by IPOB directing all Igbos living anywhere in Nigeria which includes the North to participate in the sit-at-home order for one month. What we are saying is that the Igbo in the North are not threatened.

“On our part, we are going to hold any trader that complies with IPOB directives in the North (responsile for any action taken him or her). (For), we shall definitely take steps to ensure that his business place is revoked because we have no problem with Igbo here doing their businesses peacefully.