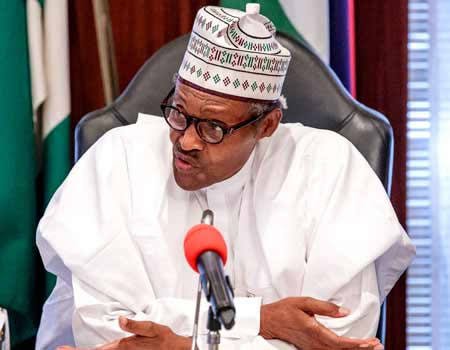 The president conveyed his condolences in a statement released by his Senior Special Assistant on Media and Publicity, Malam Garba Shehu, on Sunday in Abuja.

Buhari condoled with the Tumba family over the loss of the matriarch  ”whose position over the years ensured stability and balance, provided guidance and succour, extending charity to her neighbourhood and community”.

He urged the Senator to find courage in the good life of her mother, ”which had been clearly reflected in the way she, Binta, had provided leadership as a lawmaker, community mobiliser, business woman and administrator”.

While praying for the repose of the departed soul, the president also prayed that almighty God would comfort the family.

He described late Bello as “not only a distinguished historian, but also a politician with progressive ideas who took the bold plunge to step into Balarabe Musa’s shoes at a time opportunism was taking over our political culture at the expense of principles.

“I’m happy with the involvement of great academics like Prof. Bello in politics because it would go a long way to enhance the quality of our democratic representation.

“Prof. Bello had demonstrated that it was not enough for academics to remain on the periphery as critics, but they should also take active part in efforts to shape the course of our democracy.”

The president also paid tribute to late Military Administrator of Delta, Air Commodore Ibrahim Kefas, describing him “as one of our finest military officers who did his job with remarkable professionalism”.

He said that “the sacrifices of the fine Air Force officer will never be forgotten and Nigeria will remain eternally grateful for his patriotic services”.