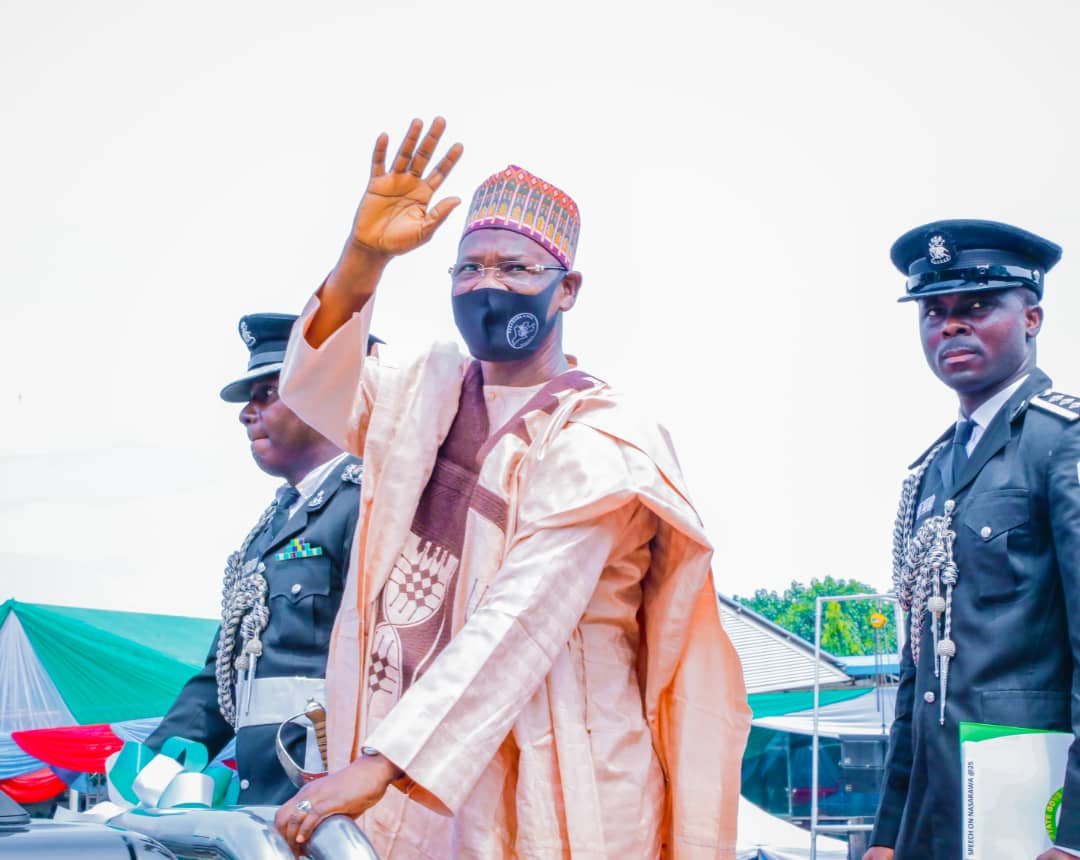 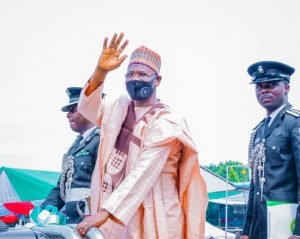 Nasarawa State governor, Engineer Abdullahi Sule, has congratulated Nigerians on the occasion of the 61st anniversary of the nation, just as he restated his commitment to build on the efforts of his predecessors, as Nasarawa State marks her silver jubilee of creation.

Engineer Sule made this known in a speech during the independence day/anniversary celebration, at the Lafia Square, on Friday.

The governor noted that, since the coming of the All Progressives Congress (APC) administration, under the leadership t President Muhammadu Buhari, Nigeria has gradually rediscovered herself, especially after the country was ravaged by security challenges ranging from Boko Haram insurgency, Niger Delta militancy, farmers/herders conflicts, not to mention the high level of corruption.

According to Engineer Sule, President Buhari has so far, succeeded in redeeming the image of the country among the commity of nations, by the continuous degrading of the Boko Haram, bandits and kidnappers, as well as waging the war against corruption and other economic crimes.

He emphasized that, under the Buhari administration, Nigeria is witnessing massive infrastructural development, with the nation’s economy gradually stabilizing.

Commenting on the 25th anniversary of the creation of Nasarawa State, the governor, while commending the founding fathers of the state, for their sacrifices, said the event calls for sober reflection, especially on the journey so far, even the citizens project into the future prosperity of the state.

“It’s imperative to note that the desire for self-determination, economic development and social cohesion, propelled our founding fathers to struggle for the creation of the state,” he stated.

He equally commended his predecessors, highlighting their individual achievements geared towards the development of Nasarawa State, created in 1996 by the then administration of the late General Sani Abacha.

Speaking on his stewardship, the governor recalled his inaugural address to the state, where he made a solemn commitment to build on the legacies of his predecessors, as well as to begin the new task of transforming the state, guided by the principles of transparency, accountability, probity, due process and prudent management of resources.

He noted that, in spite of the challenges posed by the outbreak of the COVID-19 pandemic and others related to the nation’s democratic journey, his administration has remained focused and resilient, on meeting the yearning and aspirations of the people of the state.

To this end, Engineer Sule said his administration has committed enormous resources to the continuous upgrading of physical infrastructures, particularly road network, upgrading of health facilities, upliftment of educational standards, improvement in agriculture, attracting investors and youth empowerment, among others.

He used the opportunity of the event, to update the people of the state on the achievements of his administration so far in the areas of security, existing cordial relationship between organs of government, attraction of investors into the state, restructuring of the public service, prompt payment of pension to retirees, urban/rural infrastructure and market development.

Engineer Sule called on the people of the state to continue to support his administration and to partner with the government, in the collective commitment to sustain the existing peace, harmonious coexistence, for the socioeconomic development of the state.