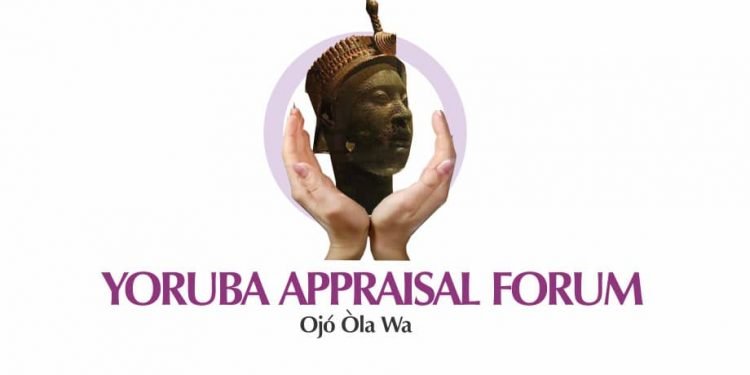 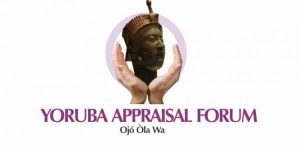 A coalition under the aegis of the Yoruba Appraisal Forum (YAF), on Thursday, cautioned Nigerian youths not to allow themselves to be used by some aggrieved persons and groups to instigate violence and cause troubles in the country under the guise of protesting against perceived grievances.

YAF also kicked against the planned ‘lockdown or sit-at-home’ by some Yoruba groups scheduled to commence from Monday, next week, in solidarity with the Independent People of Biafra’s sit-at-home action in the South-East.

YAF warned that such planned protests and lockdown were aimed at bringing down the country and the incumbent administration of President Muhammadu Buhari.

The Forum stated this against the backdrop of plans by some groups to carry out protests across the country against the Federal Government on October 1 and the plan to commence the planned sit-at-home in solidarity with IPOB from next Monday.

It stressed that both “illegal, criminal and unpatriotic actions” should be ignored by youths and all Nigerians as they were allegedly meant “to loot, steal, destroy and kill innocent citizens, particularly those of other ethnic stocks.”

Animashaun, who was flanked by hundreds of members of the Forum and other concerned citizens during the press conference, stated that Nigerian youths should be cautious and vigilant to avoid unknowingly aiding or participating in violent activities under the aegis of unpatriotic groups and individuals claiming to be championing their rights to protest and agitate for Nigeria’s dismemberment.

Brandishing some placards, the Forum members also distributed handbills and leaflets urging the people of the South-West and all Nigerians not to be deceived by the antics of those claiming to be fighting their cause. Some of the inscriptions on the YAF placards enjoined Nigerian youths to eschew violence, live in peace with other residents of their states and report suspected troublemakers to the nearest security agency.

YAF warned that partaking in such nefarious activities, willingly or unwillingly, could have serious consequences for them as they could be unknowingly aiding terrorism under a different guise cloaked as patriotic activities.

The Forum, therefore, urged Nigerian youths and citizens to go joyfully celebrate the nation’s 61st Independence anniversary on Friday, October 1 and go about their normal business from Monday, October 4, 2021 by refusing to partake in any disruptive and destructive sit-at-home declared by “unpatriotic groups” in the South-West.

It also enjoined all well-meaning youths to join hands and rise against terrorism and agitation for secession by groups or individuals, especially in the South-West, masquerading to cause chaos and endanger the lives and property of people of the region and indeed Nigeria.

The Forum coordinator further advised traditional rulers in the country to warn youths in their domains to embrace peace, eschew violence and not to allow themselves to be cajoled into joining illegal protests and sit-at-home action organised by groups, individuals and aggrieved politicians pretending to be agitating for a better Nigeria.

It also advised parents to warn their children of the consequences of crime and treason that their participation in such illegal activities may bring upon them.

YAF added, “The people of every nation collectively determine their own destiny, but the clever the people, the better the fate of their country. We as Nigerians hold the destiny of our dear fatherland in our hands and whatever we do with it determines our collective destiny.

“It is against this backdrop that YAF appeals to teeming Nigerian youths not to allow themselves to be used by some aggrieved Nigerians and failed politicians to foment trouble, especially on such a red letter day our dear country will be celebrating our cherished freedom from colonial rule.

“YAF is aware of plans by some aggrieved groups and individuals to violate the laws of the country on October 1, 2021, and from Monday, October 4, 2021, by carrying out illegal and unwarranted protests and so-called sit-at-home against the administration of President Muhammadu Buhari for whatever reasons best known to them and their sponsors.

“We want to warn that such protests are likely to result in violence and wanton destruction of lives and property, which our nation can ill-afford at a period all Nigerian citizens should be joyous and celebrating.

“At this juncture, YAF, therefore, wants to appeal to aggrieved persons and groups to sheathe their swords and in the interest of Nigeria’s peace and unity, eschew agitations to dismember the country. We should all remember that decapitation is never the remedy for headache.

“It’s time for all Nigerians to embrace peace, join hands with fellow citizens to work for lasting peace and desired progress. Let’s, therefore, rather use tomorrow’s Independence Day celebrations to reflect on how to move our country forward and to greater heights. Let’s not make ourselves willing tools for the few aggrieved persons and groups who do not wish Nigeria well.

“Peace and righteousness do a great deal of good to any group of people and nations, and this YAF believes should continue to bind the conscience of every Nigerian, especially as the country clocks 61 tomorrow.

“We should, therefore, not give any room to unpatriotic persons to destroy the good legacies and country bequeathed to us by Nigeria’s founding fathers. We must strive to be among those superior characters to hold the balance of power to keep our great nation up to a high standard of civilization. Second-rate men and women must be effectively checked and kept at bay to save our dear fatherland from avoidable collapse.

“It is, therefore, important to once again remind us all here that our country can only be great again if we all reorient ourselves and reason together as Nigerians and not as Hausa, Igbo, Yoruba; not as Northerners or Southerners, Muslims or Christians.

“For us in YAF, as a group of patriotic citizens, we’ll never waver in our consistent pursuit of a peaceful and united Nigeria.”

YAF also commended “the international community for their consistent support for the unity and progress of our dear nation. In spite of the daunting challenges confronting Nigeria, they have remained on the side of her continued corporate existence under a peaceful atmosphere.

“As patriotic citizens, YAF therefore appeals to the international community to continue to give Nigeria all the necessary assistance to enable her to surmount the various challenges. We appeal for continued technical and material assistance to the nation’s security agencies so that the country will continue to record success in her crusade against terrorists and insurgents.”