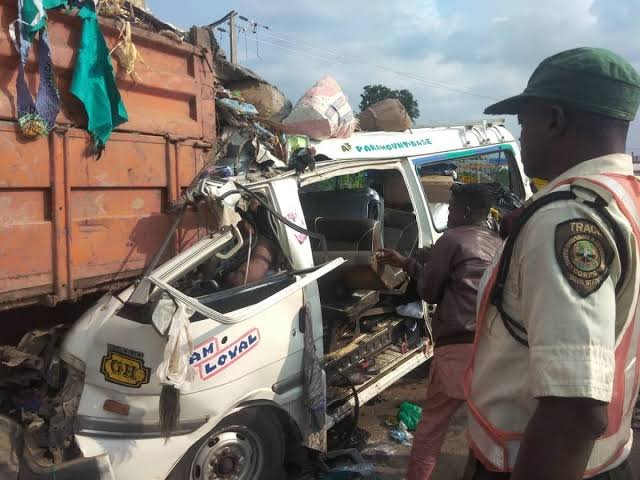 The Federal Road Safety Corps (FRSC) in Ogun, said on Thursday that 267 persons died in 814 road crashes in Ogun between January to August.

The Ogun Sector Commander, Mr Ahmed Umar, told the News Agency of Nigeria (NAN) in Ota, Ogun, that 136 people were killed in 450 crashes on the Lagos-Ibadan Expressway.

The sector Commander explained further that a total number of 1,645 were injured out of which 975 got injured on the Lagos-Ibadan Expressway during the period.

“Most of the crashes that occurred in the last eight months across the state could be attributed to excessive speeding,” he said.

Umar reiterated the corps’ commitment towards reducing the road crashes to the barest level by sensitise the motorists and also enforce the traffic rules and regulations across the state.

He said that FRSC has flagged off the Ember Months’ campaigns with the theme: “Maintain Safe Speed, Avoid Night Travels and Enjoy Quality Road Experience.”

“The campaign would focus on enlightening members of the public about safe mobility in the state in spite of high number of trucks and articulated vehicles plying the roads,” Umar said.

The FRSC cautioned motorists against speeding and night traveling to stem crashes in the state.

He enjoined them to comply with stipulated speed limit by installing speed limit devices in their vehicles to further stem mishaps on the highways.