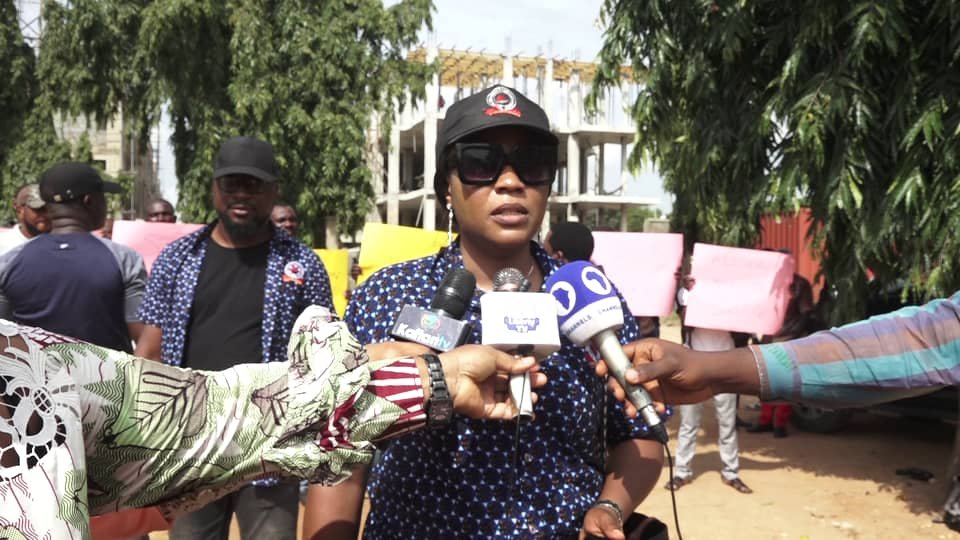 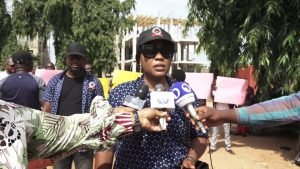 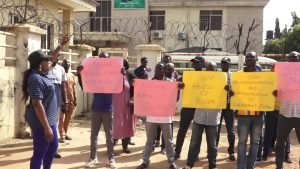 The action was carried out at the headquarters of the commission,located at the Jabi area of Abuja,the nation’s federal capital city.

The workers accuses Mr Lanre Gbajamiala, Director General of NLRC of clamping down on members of staff,who are opposed to the highhanded Corruption and anti-workers’ policies.

Comrade Anastasia Ojogu, branch Secretary of the Union led members of staff to the action intended to change certain policies considered to be against the interest of workers and Nigeria at large, as early as 8:00am, saw the premises of the Commission blocked, from gaining entry into the building.

Besides accusing the NLRC boss of high level corruption, none payment of arrears, allowances, thwarting promotions, the Union had also accused Gbajamiala of indulging in divide-and-rule tactics, arbitrary transfer of workers, intimidation of workers opposed to corruption among many others.

. EFCC should expedites Investigation and prosecution of officers involve in corruption malpractice in NLRC

. Signing of collective agreement reached between staff and management of the commission

. Approval of conditions of service

. Immediate implementation of Peculiarity Allowance and payment of arrears

.Stop the constant blockage of vacant positions by staff from other agencies,

. Adherence to public service rules, seniority in the workplace should be sacrosanct.

. Due Process in disciplinary actions and not the setting up of a witch-hunting committee set up solely for victimisation.

. Stop Victimization of whistle blowers or innocent staff of the commission. Among others

All efforts to get management reactions has failed!!