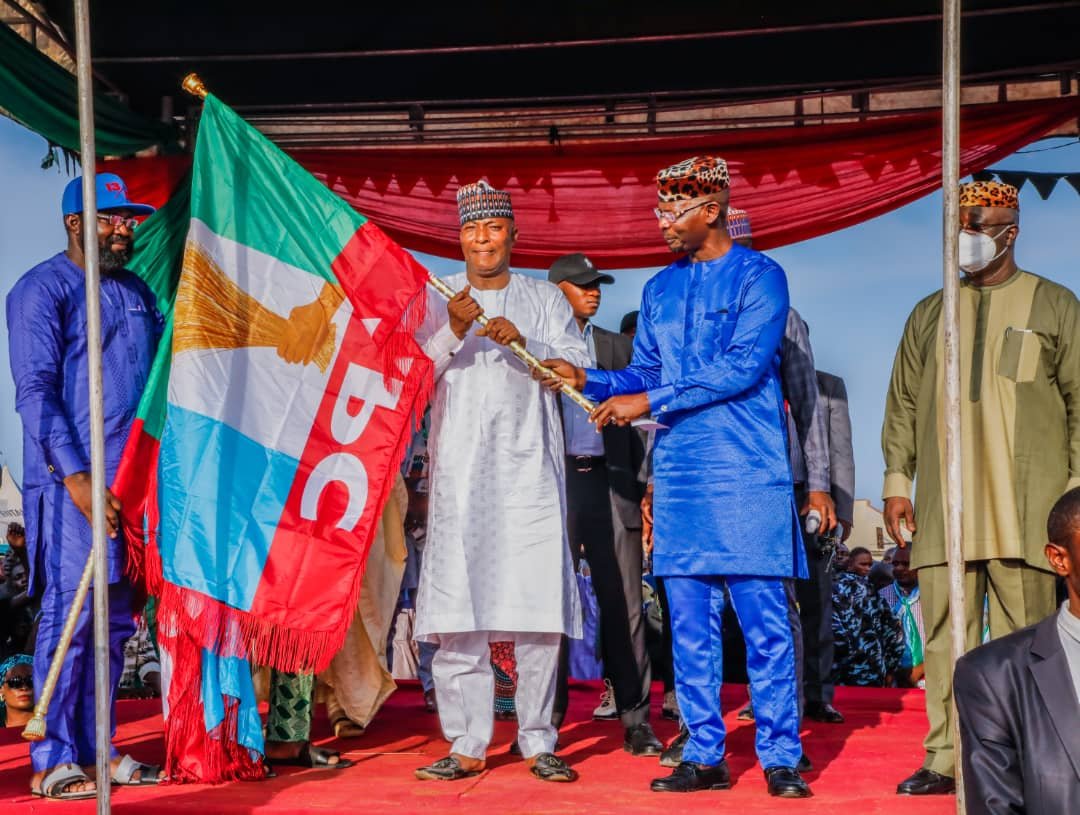 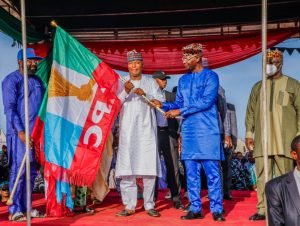 LG polls: Opposition has nothing to campaign against us, says Engineer Sule
…recieves former deputy governor into APC

Nasarawa State governor, Engineer Abdullahi Sule has said that the development initiatives of his administration, has become an albatros to the opposition political parties in the state, as these parties lack what to campaign against the All Progressives Congress (APC).

Engineer Sule stated this shortly after presenting flags of the party to the three chairmanship candidates of the APC in Nasarawa North senatorial district, at a zonal rally in Akwanga, on Saturday.

This is just as the governor formally received a former deputy governor of the state, Hon Luka Damishi Barau, who returned to the party from the Peoples Democratic Party (PDP).

Damishi was deputy governor under the past administration of Senator Umaru Tanko Al-makura. He moved back to the APC alongside his supporters from across the state.

According to Engineer Sule, with the APC known as a party that is associated with fairness and justice, a party that conducts its affairs in the open, with no hidden agenda, the party will emerge victorious at the October 6 local government elections.

He noted specifically that, with the prevailing peace in the state, coupled with the investments opportunities attracted into the state, the opposion have gone underground, as they lack any substance to campaign against the ruling party.

“The opposition has nothing to campaign against us. We don’t steal public funds, we have no hidden agenda. In fact, we don’t want to rig the election,” the governor said.

Engineer Sule pointed out that, only the ruling APC is campaigning ahead of the local government elections, with the other six political parties participating in the exercise yet to kick-start their campaigns.

He emphasized that, inroads recorded by the APC in the state in the areas of wooing investors, women and youth empowerment, as well as other interventions, will stand in good stead for the ruling party.

“The positive development strides embarked by our administration in the past two years, is sufficient to ensure our great party emerge victorious, in the October 6 local government elections,” he added.

He reiterated the stand of his administration to work hard towards winning the election through popular vote, insisting that the APC will not rig the election.

The governor however expressed concern that, inspite of all the hard work and preparations, by the APC ahead of the council polls, opposition parties may claim the government rigged the election.

He urged the people to continue to work hard in order to ensure the victory of the party.

Announcing his formal defection from the PDP back to the APC, the former deputy governor, Damishi Barau, said the sterlin leadership qualities of the governor, was responsible for his returning to his former party.

Damishi noted that, Engineer Sule’s leadership style, which has brought about unity, peace and developments across the state, has become not only a thing of pride, but a yardstick for others.

Various stakeholders from the Nasarawa North senatorial district, equally assured the governor of the victory of the APC in the coming council elections.

On his part, Interim Caretaker Committee Chairman of the party, Hon. John Mamman, updated stakeholders on the activities of the party, which saw the APC campaign train transverse across nearly all the 13 local government areas of the state.

While describing the scorecard of the ruling party as marvelous and good to go, Hon Mamman, said the party will not relent, in its effort to clear all the 147 electoral wards and 13 local government areas.

He said the APC is campaigning to win the election because there will be no rigging during the October 6 exercise.

Special Adviser (SA) to the governor on Youth and Sports Development, Hon. Yakubu Kwanta, said Engineer Sule has done marvelously by providing security and protection life and property, which enabled farmers in the state to return to their farms.

Hon Kwanta further extolled the leadership qualities of the governor, whose efforts saw Nasarawa State rated among the top three investment destination in the country.

Kwanta then assured the governor of success in the October 6 council elections.

Speaking on behalf of elders of the zone, Hon. Awolowo Rini, called on the people to go back to their polling units and to deliver the APC.

Hon. Rini equally called on the leaders of the party to emulate the leadership style of Governor Sule, by carrying everybody along, which will ensure unity among the party.

According to him, the development strides of the governor, is the selling points for the APC.

APC Woman Leader, Hajiya Kande Idris, said the influx of members of the opposition parties into the APC, is a good omen, commending the governor for carrying women and youths along in his administration.

She assured Engineer Sule that women and youths will turnout enmasse to vote for the candidates of the APC.