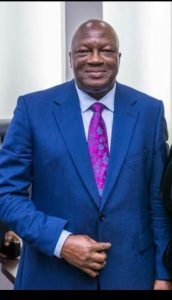 Two dates are highly significant in the life of mortals – the days of birth and death.

Birthdays are stark reminders of our mortality and the reality that we all have a short time to spend on planet earth. They bring us a step closer to our final end as two things are certain in life – death and taxes.

At the end of the day what matters the most is the legacy that we will leave behind. Life is a precious gift from God as it is a golden opportunity to write one’s name in gold. We all remember great people like Nelson Mandela, Obafemi Awolowo, Mahatma Ghandi, Nnamdi Azikiwe, Anthony Enahoro etc for their positive impact in the lives of their countrymen.

We also remember vile names like Adolf Hitler, Josef Stalin, Jean Bokassa, Idi Amin, Robert Mugabe etc for their ignoble roles and the squandered opportunities and aborted chances they missed to put smiles on the faces of the people they claimed to lead.

Today is the 61st birthday of the media shy Secretary to the Edo State Government, Mr. Osarodion Ogie Esq.

We recall the immortal words of the greatest English Playwright William Shakespeare when he said ‘Some are born great, others achieve greatness and some have greatness thrust upon them.’ Ogie achieved greatness by dint of hardwork and devotion to duty as an intrinsic study in loyalty.

He is a reluctant politician as he was a successful legal practitioner who was part of the legal team that ensured that Edolites got justice at the Elections Petitions Tribunal and the courts. He used his legal skills to ensure that Comrade Adams Oshiomhole dislodged the interloper Prof. Osarimhen Osunbor.

Oshiomhole being a man of honour rewarded him with the position of Chief of Staff where he served meritoriously before being given another extremely challenging assignment when he was made the Commissioner for Works.

He ensured that the roads in the state with the sobriquet ‘Heartbeat of the Nation’ were fixed and so dependable was him that the former Nigerian Labour Congress President said he slept well at night because Ogie sacrificed his precious sleep for Edolites to enjoy the dividends of democracy and good governance.

When Oshiomhole and Obaseki fell out, he was naturally caught in the cross fire but he drew the line between being a technocrat serving in public office and that of a professional politician. He behaved like a civil servant whose loyalty lies to the government of the day eschewing all forms of sentiments.

He was tapped from political retirement by Obaseki when he appointed him as the Secretary to the State Government as he needed his wealth of experience in the private and public sector to tackle the knotty challenges bedeviling the state.

His dedication to duty earned him the nickname ‘Field Marshal’ after barely a year in service as he gave the job his entire devotion. Ogie’s greatest virtue is his overriding capacity and patient to listen attentively to people of all ages, however uncoordinated or incoherent the engagements might seem!

An unassuming man, his private residence is always open to all from the bourgeoisie to the plebian as he doesn’t discriminate on the basis of social status. He treats his members of staff very well and is well grounded in the cloak and dagger diplomatic act of effectively dealing with civil servants who are the real engine room of any government as they can make or mar any administration. Oshiomhole never failed to remind his cabinet that they were mere contract staff – an advice Ogie took to heart which ensured his stellar performance in both administrations.

The reward for hard work is more work and so as we roll out the drums on this red letter day to celebrate a legal luminary and political icon, let us thoroughly reflect on the salient lessons we can learn from his action packed life of selfless service to humanity so we can implement it in our day to day lives. 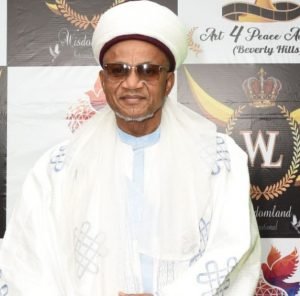