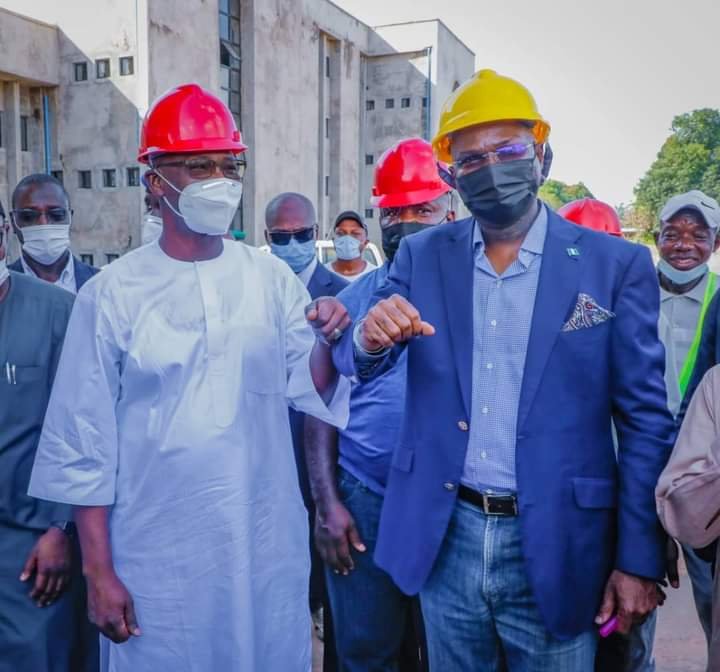 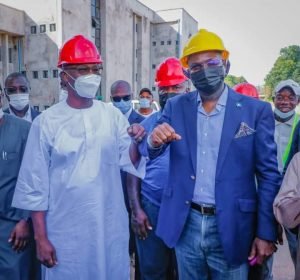 Nasarawa State governor, Engineer Abdullahi Sule, has pleaded with the Federal Government to complete the Gitata/Panda/Gurku/Mpape, in order to solve especially the traffic gridlock along the Keffi- Abuja expressway.

Engineer Sule made the appeal when he hosted the Minister of Works and Housing, Barrister Babatunde Raji Fashola, who is on a working visit, at the Government House, on Tuesday.

According to the governor, completing the Gitata/Panda/Gurku/Mpape road, originally a state road but taken over by the Federal Government, will also ease the competition for land around Maitama, in Abuja.

Engineer Sule equally called for the completion of the Wamba/Wanse road project, that will restore the original route linking Akwanga and Jos.

The governor used the opportunity of the visit by the minister, to appreciate President Muhammadu Buhari, as well as the Federal Government, for completing the Loko/Oweto bridge, as well as for recently approving over N39bn for the completion of the 74km road on the side of Nasarawa State.

Engineer Sule was emphatic that, when the road is completed, it will address the security challenges in the area that necessitated the setting of super military camp, naval base and a Mopol squadron.

He disclosed that, his administration undertook and completed the 25km Mararaba-Udege, which equally significantly reduced insecurity and opened up the area blessed with lots of opportunities for solid minerals development.

“We are opening up the area for employment opportunities for our people,” he stated.

The governor thanked the minister for undertaking rehabilitation works on the Abaji-Toto road leading to Nasarawa and Keffi.

He also appreciated the minister for given the approval for the state to dualize Shendam Road, which leads to the Nasarawa State Government House.

Engineer Sule lauded the minister for the transformation he brought to Lagos State when he was the governor, stressing that, as governor of Nasarawa State, he is trying to replicate the feat attained by Fashola in Nasarawa.

He assured the minister that his administration will look into the proliferation of trailer parks in the state, with a view to pre-empting road blockages in the future.

Earlier, in his opening remarks, Babatunde Raji Fashola, said he was in the state to assess the progress of work on key Federal Government projects in Nasarawa State.

He said he was in Nasarawa to inspect ongoing 221km dualization from Abuja to Makurdi, adding that progress is being made towards the completion of the project, the ongoing federal secretariat project in Lafia, as well as the national housing scheme.

He said the FG reallotted the 74km to three contractors, in order to hasten the completion of the work, that is expected to reduce travel time between Abuja and Makurdi by about three hours.

Fashola used the opportunity of the visit to commend Engineer Sule, for his focused, clearly dignified approach, in the administration of the state.

He specifically commended the governor, for being courteous, civil, even in the heat of civil discuss, while being forceful in canvassing for the position of his people.

According to the minister, this approach by Engineer Sule, will not only enrich the public debate about the choices before the country, but that, in the fullness of time, Nasarawa State will be singled out as an example of leadership.

“Nasarawa State is blazing a trail about leadership succession and I hope that you will keep the flag flying,” he stated.

The minister equally used the opportunity of the visit to clear the air on the ongoing public debates regarding loans taken by the Buhari administration, adding that, the 221km dualization linking three major cities and states, is being funded by the China Exim Bank loan.

He explained that the loan was committed already for approval even before the Buhari administration, with the present government only completing the process.

“Because we need the money to build the infrastructure. Not only that, it will deliver life changing infrastructure for businesses to move,” Fasola said.

Presently, the minister added, the project is employing over 1000 people on the site, with two quarries established also employing another 400 people.

The minister pleaded with the governor to relocate the emerging trailer park on the outskirts of Nasarawa Eggon, before it becomes a nuisance to other road users.