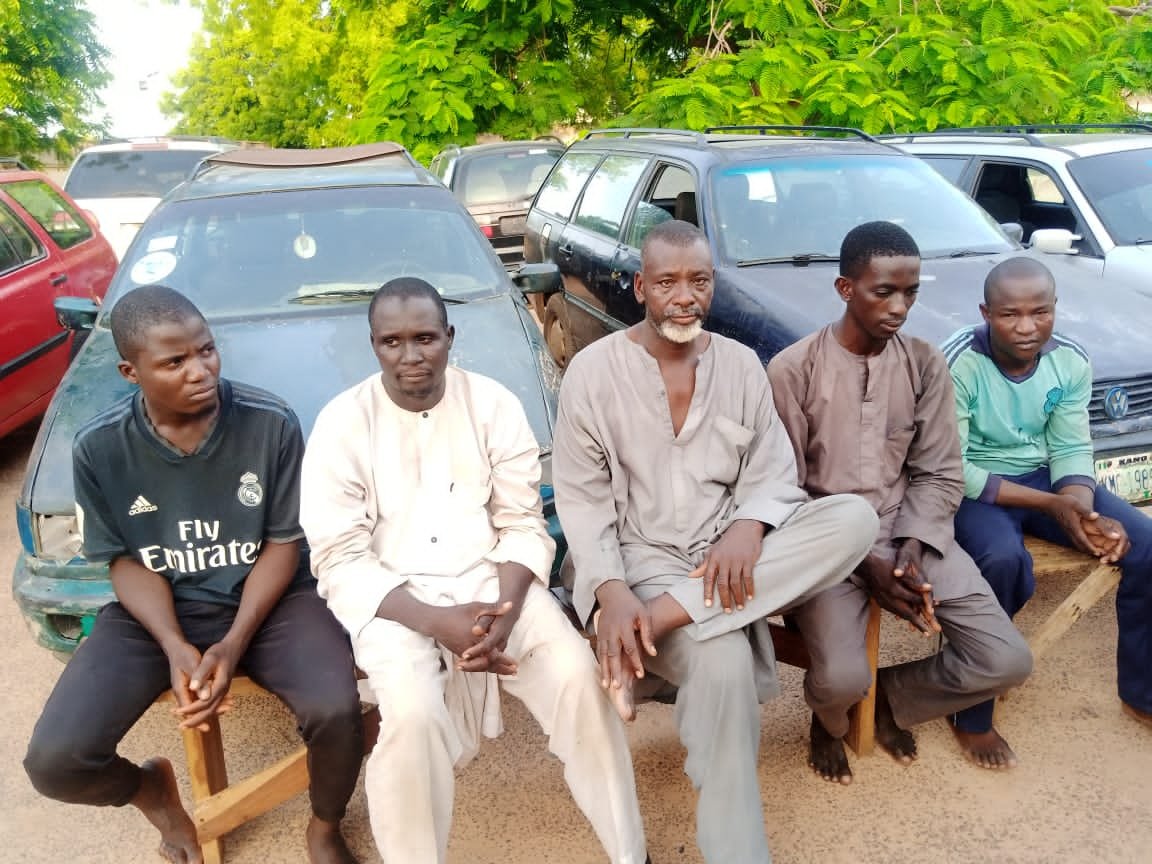 Suspected Suppliers of Fuel to Bandits in Katsina

Police Spokesperson SP Isah Gambo stated that on 18/9/2021 according to the Personal Intelligence Information, the suspects were arrested as follows;

(4) Tigal Haruna, 57 years old from Kofar Guga area, Katsina, carrying fuel in a vehicle numbered FC 977 LKJ. The suspects were spotted by security operatives on their way to Katsina-Jibia on their way to the Forest Transport.

During the course of the investigation, the suspects confirmed that they were transporting the Man to the Forest with him in contravention of the Government’s mandate.