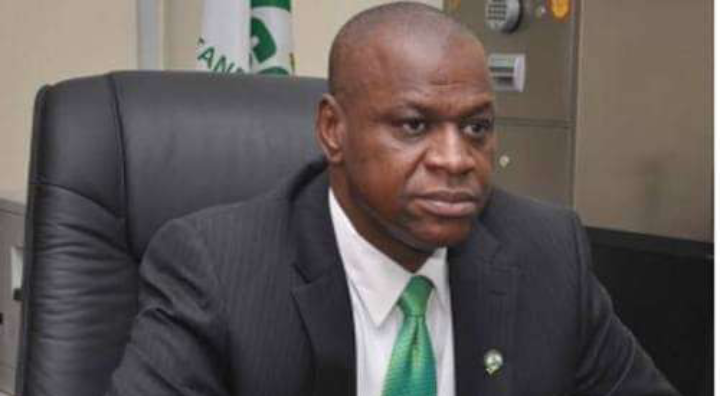 Director-General of Standard Organisation of Nigeria, Osita Aboloma, has been accused of awarding fraudulent contracts without recourse to procedure and due process.

He was also accused of single-handedly withdrawing N2m monthly from the domiciliary account of the organisation without approval of the governing council and management board.

Aboloma, who was appointed in September 2016, has been entangled in corruption by usurping the powers of the governing council, which by law has the responsibility of giving directives to the DG on financial and administrative matters.

Investigation revealed that the DG in a bid to have his way, subdued and rendered all members of the council ineffective through alleged diabolical means.

He also frustrated all efforts by council members to hold statutory meetings by withholding information.

According to a source familiar with the matter, Aboloma was running the organisation like a personal estate.

The source stated that council members were denied access to all financial and administrative activities of the organisation including records of budgets, expenditures, contracts, appointments, promotion and discipline undertaken in the last three years.

He alleged that contracts totalling over N9bn were awarded in 2018 by Aboloma, which exceeded the figure appropriated by the National Assembly.

He stated further that most of the contracts awarded were inflated while some had been previously awarded and paid for.

As part of his highhandedness, abuse of power and disregard for laid down rules, SaharaReporters gathered that he only called for council meeting whenever he was pleased with sole agenda of approving standards.

The source said, “Issues of finance and staff matters are never tabled or allowed to be discussed. Management of SON in the last three years has been characterised by corruption, incompetence, nepotism, highhandedness, abuse of laid down rules and poor performance.”

Other allegations levelled against him include the consultancy contracts for sensitisation. The source revealed that the contract was a scam, adding that most of the sensitisation activities were carried out by staff of the organisation.

SaharaReporters gathered that Aboloma was said have replaced Head of Procurement, Sunday Aderemi, based on allegation that he compiled and divulged classified information to the source.

He was said to have been victimised because most of the contracts were awarded under him.

Adeyemi was replaced with one Shehu Abubakar said to be influential and connected to people in high places with a view to covering up his infractions.

The ineptitude of the Minister of Industries, Trade and Investment, Richard Adeniyi, was said to have contributed in no small measure to the rot existing in the regulatory body.

It was gathered that due to the workload and busy schedule of the minister, he delegated his power to the permanent secretary and that was perhaps responsible for the weakness of the council.

When our correspondent contacted the Special Adviser to the DG of the organisation on Media, Bola Fashina, over the matter, he debunked the allegations and absolved his boss of any wrongdoing.

He added that it was only the procurement department including the minister and several persons that was charged with such responsibility.

Fashina therefore described the allegations as baseless and unfounded.