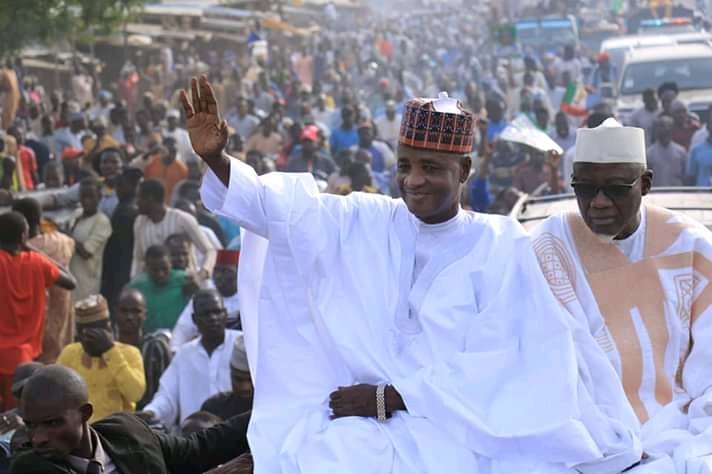 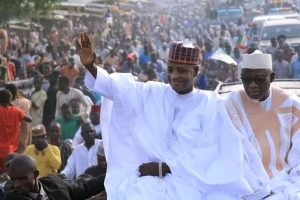 It was a Sea of heads in Sokoto on Wednesday as a mammoth crowd of multitude of supporters of the All Progressives Congress  ( APC), defied the harsh , chilly weather and thronged the Seat of the Caliphate to welcome the Leader of the Party in the State and North West , Senator Aliyu Magatakarda Wamakko and his high powered entourage from Abuja. 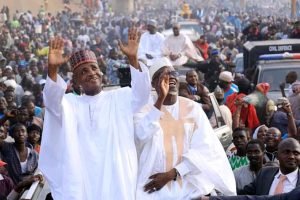 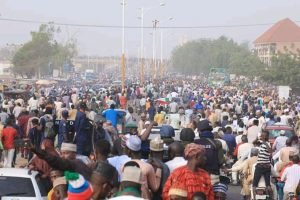 While showing gratitude to the Almighty Allah,  Senator Wamakko also expressed delight with the massive support and love the people of the state were showing to him and the APC. 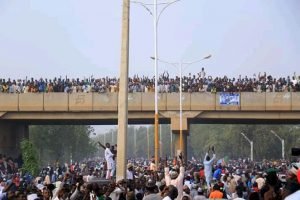 He added, ” As Muslims, we believe in God and we have accepted what happened to us in good faith .”

Senator Wamakko further admonished the people of the state to come out and massively vote for the candidates of the party during next Saturday’s bye elections .

Also speaking , the Minister of Police Affairs,  Alhaji Muhammadu Maigari Dingyadi,  said he was happy that, the members the party in the state were not despaired in spite of what happened at the Supreme Court.

Dingyadi further  noted that, the people of the state were still in high spirits,  energetic and confident .

” As Muslims, what happened has been ordained by God and we have accepted it in good faith,” the Minister , averred .

Also speaking , the APC Gubernatorial Candidate,  Alhaji Ahmed Aliyu Sokoto, described the injustice meted to the party at the Tribunal,  Court of Appeal and the Supreme Court as a daylight robbery .

Aliyu lamented that , the overwhelming mandate given to the APC has been illegally snatched and expresed optimism about divine revenge .

The State APC Chairman,  Alhaji Isa Sadiq Achida maintained that, more than seventy per cent of the people of the state were fully for the party .

Achida also categorically disclosed the members of the party would not join the PDP-led Sokoto State Government as canvassed by Gov . Aminu Waziiri Tambuwal and his lieutenants .

It could be recalled that, the Supreme Court had on Monday, January 20,2020  dismissed the Appeal filed before it by Ahmed Aliyu and the Party , hinging its action on alleged lack in merit.

The Sokoto appeal read by Justice Uwani Abba-Aji, the apex court dismissed the submissions by Ahmed Aliyu of the APC that Tambuwal’s election was invalid by reason of non-compliance with the Electoral Act and INEC Guidelines for Elections, and that the lower courts were wrong to discountenance the exhibits tendered to show over-voting and other irregularities in the March 9 and 23, 2019 elections.

Justice Abba-Aji said Aliyu and APC failed to link the exhibits to the foundation of their case, adding that,  the court “is not to go on a voyage of discovery . 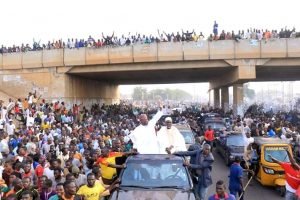