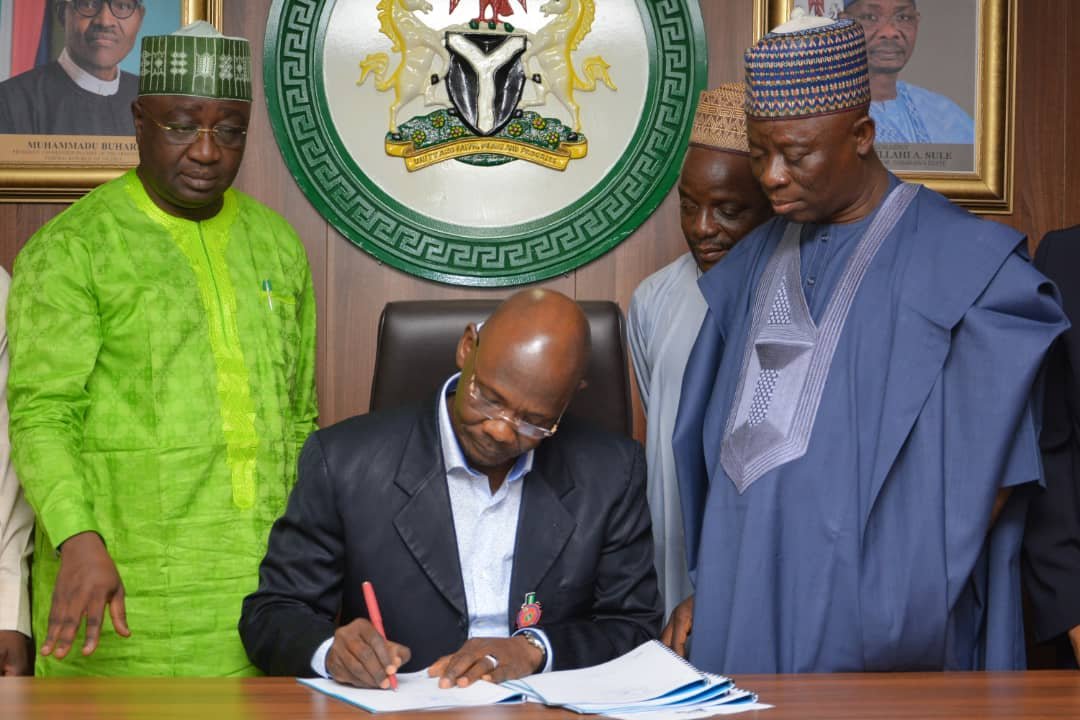 Why Nasarawa Assembly jerked up 2020 budget from N100.5bn to N108bn-Engineer Sule

Nasarawa State Governor, Engineer Abdullahi Sule has given reasons why the state House of assembly jerked up the 2020 appropriation from N100.5bn to N108bn before its passage into law recently.
Engineer Sule gave the explanation while assenting the bill into law at a ceremony which held at the Government House on Monday.
According to the Governor, the 2020 appropriation bill was jerked up to accommodate other expenses which include, the N5.6bn counterpart funding obtained earlier from the Universal Basic Education Commission (UBEC), which will be deployed towards the construction of new schools and renovation of existing schools in the coming year.
Also, the cost of the burnt market in Nasarawa-Eggon, since the state government is determined to give the town a facelift in 2020, as well as other sundry expenses as oversight, were captured, he further explained.
Engineer Sule disclosed that when he first saw the adjustment, he wanted to refuse signing the bill until the details were later sorted out.
“One of the areas that got a major chunk is actually the NSUBEB amount of N5.6bn, which even though we have the money in our account and we already have the tenders done this year, we thought we are going to capture it in this year’s budget, so we did not include it in next year’s budget.
“But because we are just releasing the tenders and not a penny has been spent in the money, we are going to do what in accounting they consider balance brought forward, so in January, we are going to open our accounts with that money credited into our account. So, for that reason we cannot say we have spent the money this year when in reality we are spending the money next year,” he stated.
Engineer Sule added that the executive arm of government worked together with the legislature in order to arrive at the difference.
“I would have signed this budget last week. When I first saw the budget, I would have done exactly what President Buhari would have done, just push the budget aside and said they have changed the figures and I am not going to sign.
“But then we went through and negotiated and was able to explain details of what happened in every aspect of it,” he said.
While pointing out that with the signing of the bill into law, actual work has begun, the Governor called on officials to consider the budget as a balance sheet which must be balanced.
“The bottom line is we have to try as much as possible to ensure that we generate what we can spend.
“Because if we are not able to generate that, which means we cannot spend that. And the work is for every one of us. We shall work together as a team,” he stated.
He used the opportunity to thank the Speaker and members for the state assembly for passing the budget into law within the time frame given by the legislature.
Engineer Sule equally thanked commissioners, permanent secretaries, other political appointees, as well as officials of various ministries, agencies and parastatals, for working tirelessly to ensure that the 2020 appropriation bill becomes a reality.
Earlier, while presenting the budget document before the Governor, Speaker of the Nasarawa State House of Assembly, Rt. Hon. Ibrahim Balarabe, said this was the first time since he assumed leadership of the assembly in 2015, that the appropriation bill is being passed into law within the year.
“We enjoin you and members of this administration to maintain that spirit for early implementation of this budget, for the interest of our people and indeed the state,” the Speaker said.
He also used the opportunity to express appreciation to ministries, agencies and parastatals for prompt defence of their budget, which he said made it easy for various committees of the House to finish their work in time.