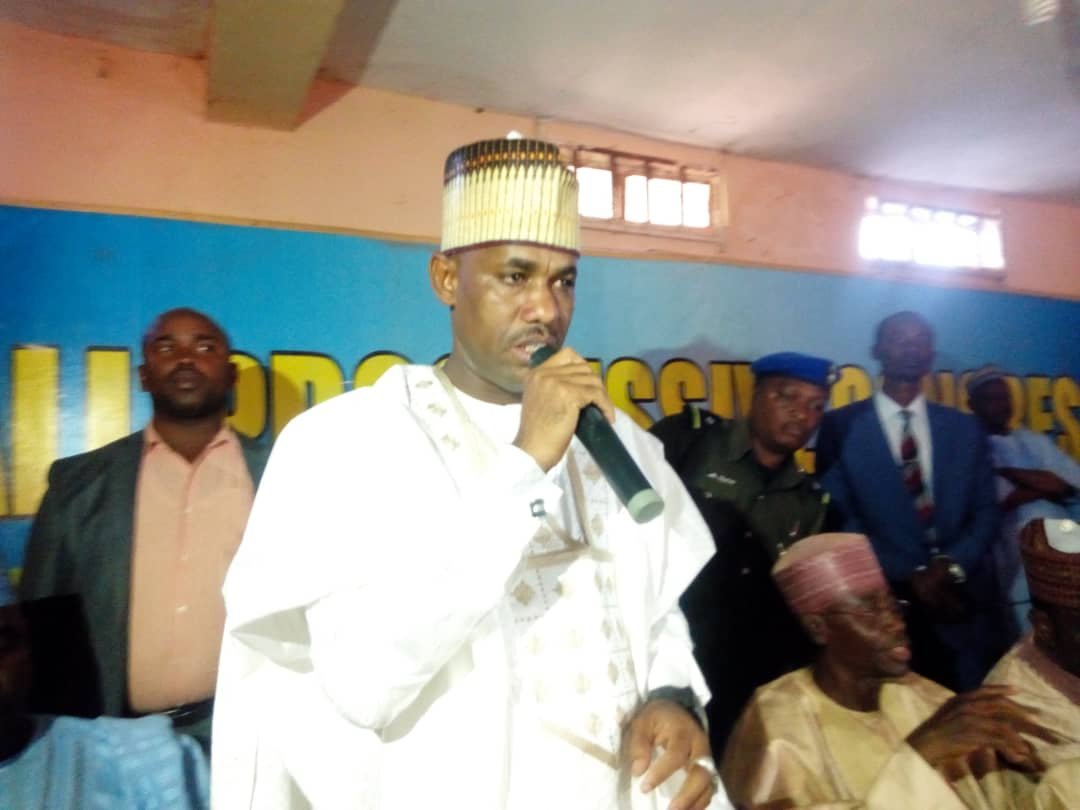 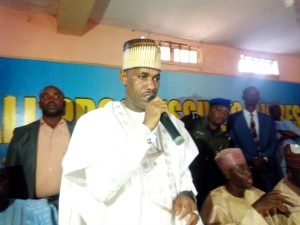 The Speaker of the Sokoto State House of Assembly, Rt. Hon. Aminu Manya Achida, says the loyalty of all the sixteen members of the Legislature elected under the platform of the All Progressives Congress ( APC), remains unshakeable. 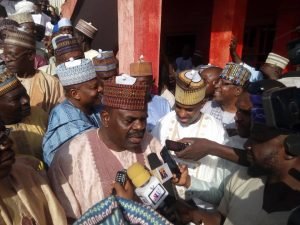 The Speaker spoke on Saturday, when he led his colleaguse on a Courtesy Call to the State leadership of the Party

According to him, the epoch-making visit was aimed at strengthening the bond between themselves and the State leadership , as well as its elders and local Government executives .

Rt. Hon. Aminu Manya also said,” we are here as the members of the same family and all the APC lawmakers are formidably united in all the activities of the House .

” We are routinely brainstorming in every activity of the house and we are one family .

” I am also reiterating our unalloyed  loyalty and our firm ,sincere resolve to move the party and the state forward .”

The Speaker also lauded the State leadership of the party for their invaluable solidarity during the election of the House Leaders .

He stressed,” all what is being said are mere rumours as we are fully united and the APC is intact at the Assembly.”

Also speaking, the House Leader, Alhaji Bello Isa Ambarura, corroborated the Speaker on the strong unity of all the sixteen APC members at the Assembly .

Ambarura further expressed delight with the existing cordial relationship between them and the leadership and elders of the party, as well as its elected representatives,at all levels .

The state Chairman of the Party, Alhaji Isa Sadiq Achida, commended the APC lawmakers for the unprecedented gesture and described it as historic .

Achida also said that , the visit was a home coming and that, the visit will further solidify the party.

The Chairman further admonished the lawmakers to always carry along the executives of the party in the local govenrments, as well as assist them when necessary.

The state  Secretary of the party , Ahaji Abubakar Muhammad Yabo, expressed happiness with the visit , adding ,” it is a good omen to the party in the state and Nigeria, in general.”