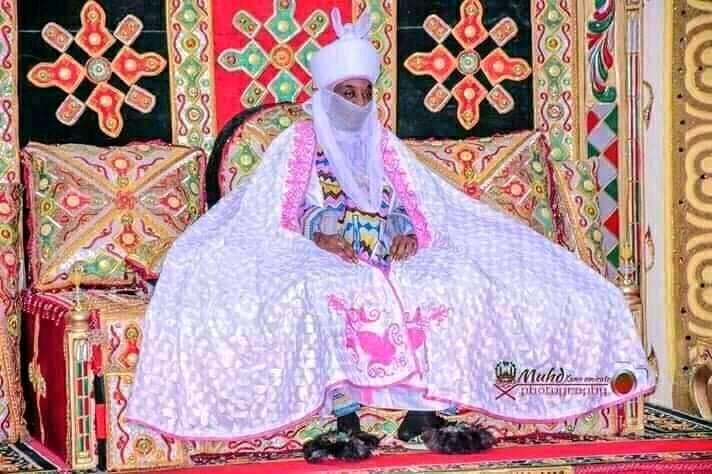 The Emir of Kano, Muhammadu Sanusi 11, has confirmed his acceptance of his appointment as the first chairman of the Kano state council of chiefs.

It could be recalled that Governor Umar Ganduje on the 9th of December, 2019 in a letter signed by the permanent Secretary of Kano state Ministry of Special Duty, Musa Bichi had issued a two day ultimatum to the Emir to either confirm his acceptance or rejection of the offer of his appointment .

In a letter dated  19th December, 2019, and signed on behalf of the Kano Emirate Council by the Acting Secretary, Alhaji Abba Yusuf said the Emir has graciously accepted the appointment.

The letter reads “Kindly inform His Excellency that His Highness Sarkin Kano, has not rejected his appointment as Chairman, Kano state Council of Chiefs.”

His Highness accepted the appointment. In doing so, his Highness requested for further directives of His Excellency the Governor.

The letter which was addressed to the secretary to the state government further stated that “you are hereby requested to graciously convey to his Excellency the Governor the renewed assurances of the high esteem and regards of His Highness Sarkin Kano.”

To this end, the acceptance of the appointment by the Emir through the earlier letter is clearly a response that the Emir has conceded defeat.