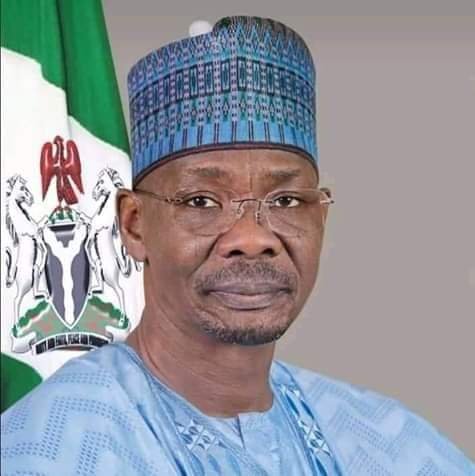 Nasarawa State Governor, Engineer Abdullahi Sule said he has directed mining companies operating in the state to henceforth carry out pre-shipment inspection for minerals being exported out of the country at the mining sites.
The Governor disclosed this while hosting the Minister of State, Ministry of Mines and Steel Development, Dr. Uchechukwu Ogah, who came on a courtesy call at the Lafia Government House on Tuesday.
Engineer Sule further disclosed that pre-shipment inspections agents will be invited to the state to carry out inspection before minerals are taking out of the state, unlike what obtained in the past, where such companies take it to Lagos for pre-shipment inspection, with no revenue coming to the state. 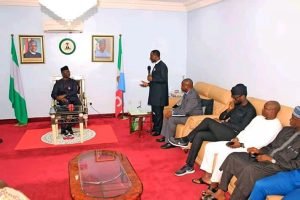 “Today in Nasarawa Local Government Area, the mining company operating there are shipping all the mines outside the country, because they are going for further processing.
“For that reason, they ship out of Lagos. Because they carry out pre-shipment in Lagos and they do everything in Lagos, all the revenues for this 13 percent is going to Lagos. Nasarawa State gets nothing.
“I told them it can’t work like that. For that reason, we said all the pre-shipment will be carried out in the state where the mining have actually taken place. We are bringing them here, if they are mining in Udege, then they should do the pre-shipment in Udege. So that whatever revenue is coming should go to the area where it is being produced.
“If you look at the infrastructure, there is nothing in Udege, we are the ones trying to build a road leading to Udege. All the columbite, all the tin being produced there is being shipped out of the country to the detriment of the communities, to the detriment of their water and they get nothing in return,” Engineer Sule told the minister.
He expressed satisfaction that the Ministry for Mines and Steel Development, is buying into the idea of collaborating with the states in order to bring sanity to the mining sector.
The Governor recounted that shortly after his inauguration, he visited the ministry in Abuja where he discovered that over 400 licenses were given in Nasarawa State without the knowledge of the state government
“When I went as I said, I started this campaign, the idea is not necessarily about the 13 percent derivation but it’s about how many people are employed, what is the business plan? What is the reclamation plan for the land after you finished the mining? Where are the synergies, how much is the community getting? What kind of employment opportunities are being driven? How much is the federal government getting? It’s after that that we now think how much the state will get. Is this mining legal or illegal? Those were the concerns that Nasarawa State was putting forward,” he stated.

Speaking on the diversification plan of the President Muhammadu Buhari administration, Engineer Sule noted that there are no two better areas for Nigeria to diversify than agriculture and mining.

The Governor expressed happiness that the ministry is also buying into this idea of the synergy that will bring sanity into the mining sector, even as he appealed to the ministry to also issue mining licences to Nasarawa State.

Earlier, in his opening speech, the Minister of State, Ministry for Mines and Steel Development, said they were in the state to seek collaboration with states, governors, as well as local government chairmen, with a view to harmonizing revenues coming from the mineral sector.
The Minister said as part of the diversification agenda of the Federal Government, which will see mines and agriculture taking prominence, the ministry is trying to see how it can work with governors, local government chairmen, to properly check activities in the mining sector.
“Because all these minerals that investors are taking away, if they take it away without evidence of investment or development in the state with resources from these mines, it will be devastated at the end of day.
“We want to sit down and see, how do we work out a situation whereby every mineral that is being taken, the required royalty is being paid,” the Minister said.
Dr. Ogah disclosed that the Federal Government has introduced pre-shipment inspection, stressing that henceforth, no mineral will be taken out of the country without approval of pre-shipment inspection agents.
“They will help us certify that what is being taken, if you say you are taking tantalite, we know that it’s tantalite you are taking. And then you pay the royalty that is due to it,” he said.