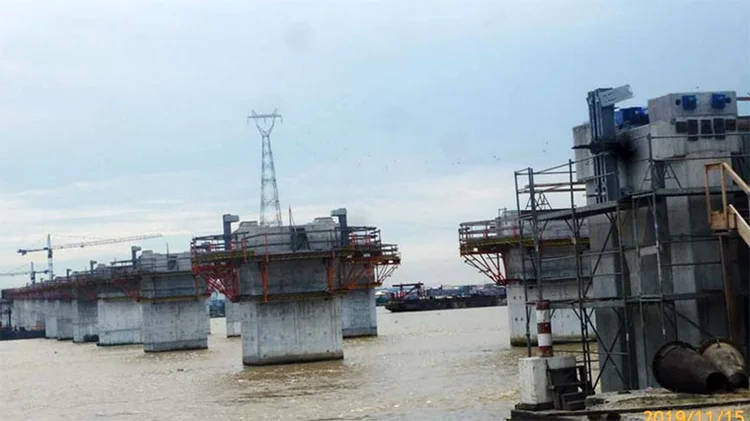 Global construction giant, Julius Berger, has put the percentage of construction works so far completed on the Second Niger Bridge at approximately 28 per cent.

It also released pictures showing how far work has progressed on the bridge that connects Delta and Anambra states.

In a report dated November 15, 2019, on progress made at the project site, which was obtained on Friday in Abuja, the firm stated that the scope of works comprise of 1.6km long River Niger Bridge and 10.3km highway inclusive Owerri interchange and toll station.

Work commenced on the project site on September 1, 2018, while the contract period was captured in the report as 42 months.

It was also learnt that the total manpower on the site was 1,201, as the firm stated that work was going on at the site.