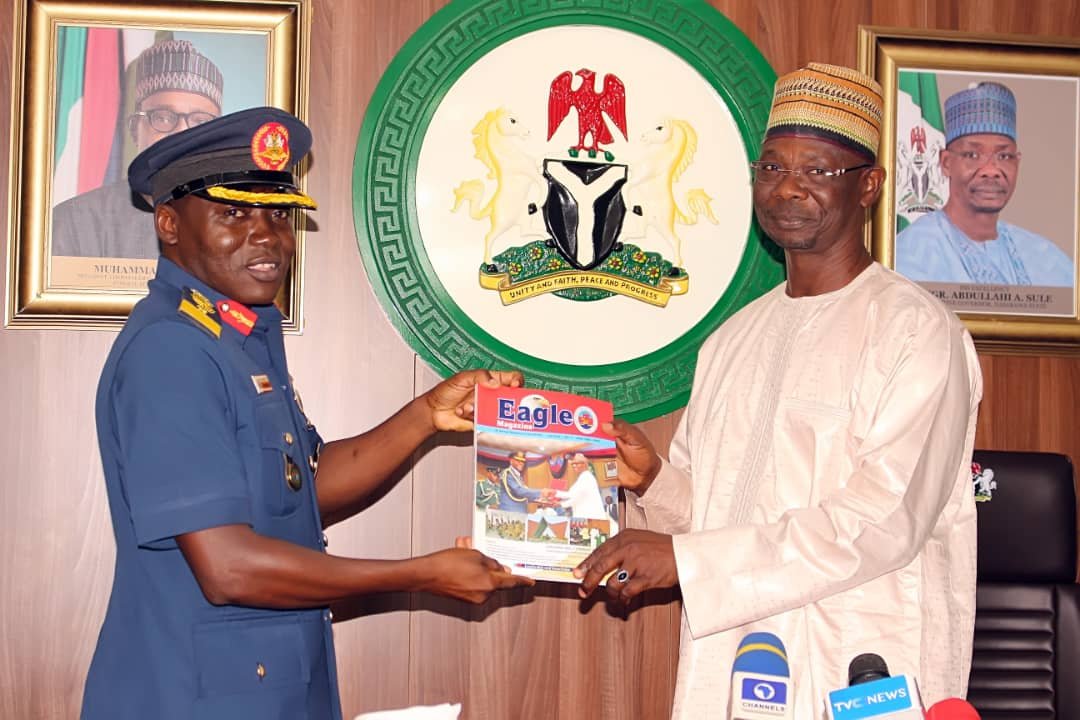 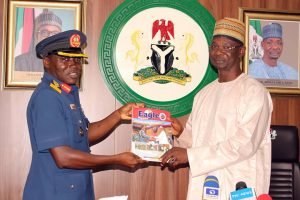 Nasarawa State Governor, Engineer Abdullahi Sule has emphasized the need for peaceful coexistence among the diverse peoples of the state, even as he said visions and aspirations of government will remain dreams without abiding peace.

Engineer Sule stated this while hosting members of the Senior Course 42 of the Command and Staff College Jaji, who were on a study tour of the state and who paid him a courtesy call at the Government House, on Monday.
The Governor who barely returned from a trip to the United States, informed the team that, though Nasarawa may be peaceful, the state is contending with backlash from its neighbours, Plateau, Benue, Taraba, Kwara, Kaduna and the FCT, with each confronted with one issue or the other.
Engineer Sule described Nasarawa as an endangered state.
According to him, while Nasarawa State may be peaceful, the state is however surrounded by states that have one problem or the other and as a result of that, Nasarawa is exposed to all these issues.
“Some of those issues actually extended to Nasarawa State.

“Boko Haram that have been around Borno and the bandits somewhere around Zamfara, each time security agents disperse them, they want to come closer to Abuja and Nasarawa State seem to be a comfortable place for them to be,” the Governor stated.

Engineer Sule expressed hope that members of the team will use the opportunity of their training to assist Nasarawa State and Nigeria as a whole, as according to him, Nigeria needs peace.

“Nigeria needs peace because we have a President that is determined, we have leadership both at the states level and national level that are determined to ensure that citizens of Nigeria live in peace,” he said.

Speaking earlier, leader of the team, Air Commodore Hassan Idris Alhaji, Director, Department of Air Warfare, Armed Forces Command and Staff College, said the objective of the tour is to familiarize the students with the socioeconomic and political issues that are fundamental to the development of the country.

Commodore Alhaji added that the tour will also afford the students the opportunity to have first-hand knowledge about prevailing security situation in Nasarawa State, as well as provide them with the knowledge of political, socio-economic and security policies programmes and strategies that are operational in this state. 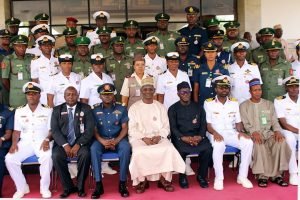 “The students of Senior Course 42 are therefore in Nasarawa State to know in specific terms, the socioeconomic development that has made Nasarawa State outstanding in the areas of governance in the country.

“They are particularly interested in knowing about the policies, strategies and efforts as well as challenges the state government and its local governments are facing in their bid to enhance national security,” he stated.