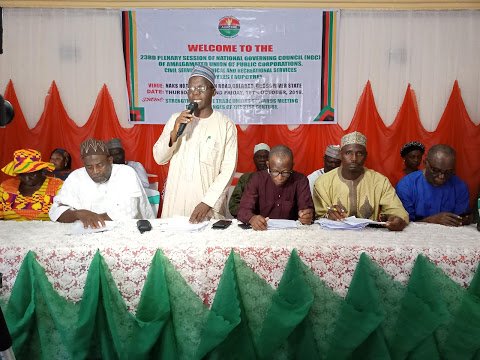 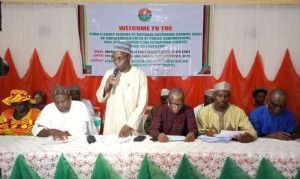 The Amalgamated Union of Public Corporations, Civil Service Technical and Recreational Services Employees (AUPCTRE) has called on the Federal Government to declare a state of emergency on Nigerian roads.

Reacting to a comment credited to the Minister of Works and Housing Babatunde Fashola that Nigerian roads were not so bad, the union said that the comment was a slap on the faces of Nigerians.

In a statement signed by the National Scribe of the Union, Comrade Sikiru Waheed, AUPCTRE Head of Industrial Relations, stressed that the poor state of the roads required that a state of emergency be declared to fix them.

“The attention of Amalgamated Union of Public Corporation, Civil Service Technical and Recreational Services Employees (AUPCTRE) has been drawn to a statement «I both prints and social media credited to the Honourable Minister of Works and Housing, Mr. Babatunde Fashola (SAN) that “Nigerian roads are not as bad as they are often portrayed in different quarters”.

“AUPCTRE views the statement of the Honourable Minister as a slap on Nigerians.

“It could clearly been seen that the roads are so deplorable and had led to many unwarranted ghastly accidents resulting in untimely death of our people.

“AUPCTRE further considered the statement of Fashola as anti people and challenged him to shun air travel for some-time to enable him have a first-hand experience of the state of Nigerian roads.

“We are worried that the Federal Government’s allocation of N169 billion for roads in the 2020 budget proposal is abysmally too small to carter for the six geo-political zones.

“This further buttress our argument that- Government is insensitive to the plight of Nigerians,” the Union said. 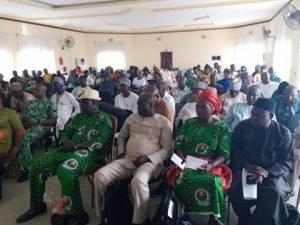 AUPCTRE noted that the figure was a far cry from the N3 trillion proposed by the Council for the Registration of Engineers that would be required to maintain the nation’s road infrastructure.

The union used the opportunity to berate the planned introduction of toll gates on Nigerians roads, stressing that the roads were already too bad and required urgent and persistent repairs and construction.