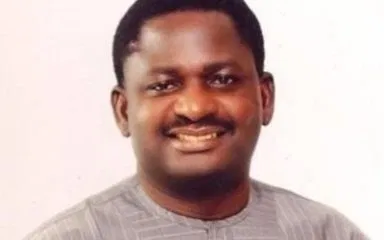 The above piece by the former spokesman of the Atiku Presidential Campaign Organization, Segun Sowunmi is one that clearly shows hypocrisy at an unprecedented level.

My earlier decisions to reply Mr Sowunmi was borne from the singular fact that I cannot even imagine a man whose dislike for the Atiku Support groups(ASG) was clearly known to all leaders of ASG that visited his office under the banner of any support group.

He replied in clear terms that the support groups were “mere volunteers”
That statement triggered an in-house fight in the campaign organisation.

I could also remember paying him a visit when he was appointed Spokesperson of APCO to brief him on the activities of my team in regards to the media,
Instead of embracing us he regarded us as a threat .

He bluntly told us that Atiku Abubakar does not need the support groups to win election.

No wonder Atiku Abubakar never cared to have an interaction with his support groups.
For the record It is important to note that I did not visit him alone.

It is therefore surprising to see Segun Sowunmi defend the supporters of Atiku Abubakar just to have a cheap dig at Femi Adesina.

we shall all face judgement before our creator “.

I recalled his apology for what he did to the support groups, in
his words, ” if I had known, I would have pushed for the inclusion of support groups in the campaign activities and that is why we lost”

Sowunmi made this statement after the elections when he stumbled on a meeting of support group leaders hosted by Oladimeji Fabiyi.
That was the day he brought the idea of the, ” Waziri Atiku Abubakar Movement- WAAM”.

We accuse the aides of the President of not telling him the truth when we are doing same to Atiku Abubakar. My advice is simple, a critical appraisal of why we lost the elections should be carried out,
we should also not forget that our principal lost at his polling unit. This alone shows that something is fundamentally wrong and until the aides of Atiku Abubakar starts to tell the him the truth,
we will never get it right.

Let us leave the APC and Femi Adesina out of a problem that was created internally. Atiku Abubakar was deceived and I urge you to get a copy of my recently published book detailing the behind the scenes activities that led to our defeat at the polls.

According to Ted Koppel, ” the truth is not suppose to be a tap on the back, it is a howling reproach “