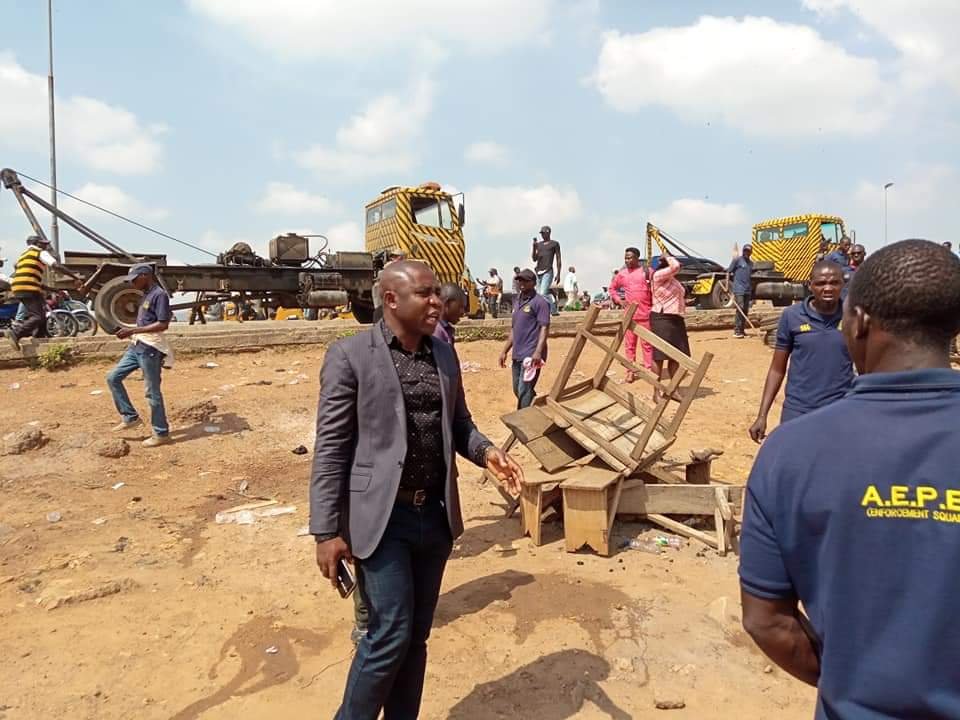 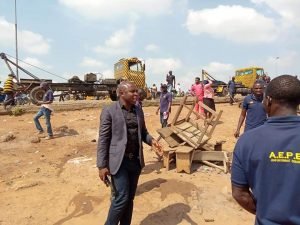 Briefing newsmen during the operation, Chairman of the task team, Mr Ikharo Attah, explained that the team had earlier issued two weeks ultimatum to the operators of the illegal workshop to vacate the Nyanya interchange but refused to obeyed the order.

He said that the measure was part of efforts to clear Nyanya of all sundry nuisance that cause persistence gridlock in the area daily.

Attah said Nyanya was a gateway into the Federal Capital Territory for people coming from the Northeast, North central and some part of Southeast, hence the need for the authority to ensure free movement of vehicles in the area.

” As you can see very clearly, this place ought to have been an interchange from Nyanya to Abuja, but Keke Napep riders have turn it into illegal park and mechanic workshop and it is causing traffic congestion on the road thereby obstructing movement of vehicles.

” So therefore, we have come to enforce the law and clear the area which is suppose to be a greenfield in line with the Abuja Master Plan.

” During the operation, we impounded three ‘ Araba bus’, and five Keke Napep that were under repairs,” Attah said.

Attah, therefore, restated the determination of the team to ensure free flow of traffic in the Nyanya road with a view to ease difficulty faced by commuters on the road.

However, the operation turned violence when some of the Keke Napep operators started throwing stones at the officials of the task team which lead to destruction of many cars and the windscreen of a car belonging to the Chairman of the task team.

Reacting to the incident, chairman of the team, said he would not be deterred by the attacked on his official car and other operational vehicles.

According to him, if the FCT administration must rid the territory of nuisance and other illegal activities.

” Like I always tell people Abuja is our project and we must guide it jealously,” Attah said.

The chairman, however, commended the security agencies working with the task team for their efforts to ensure that all members of the team escaped unhurt.