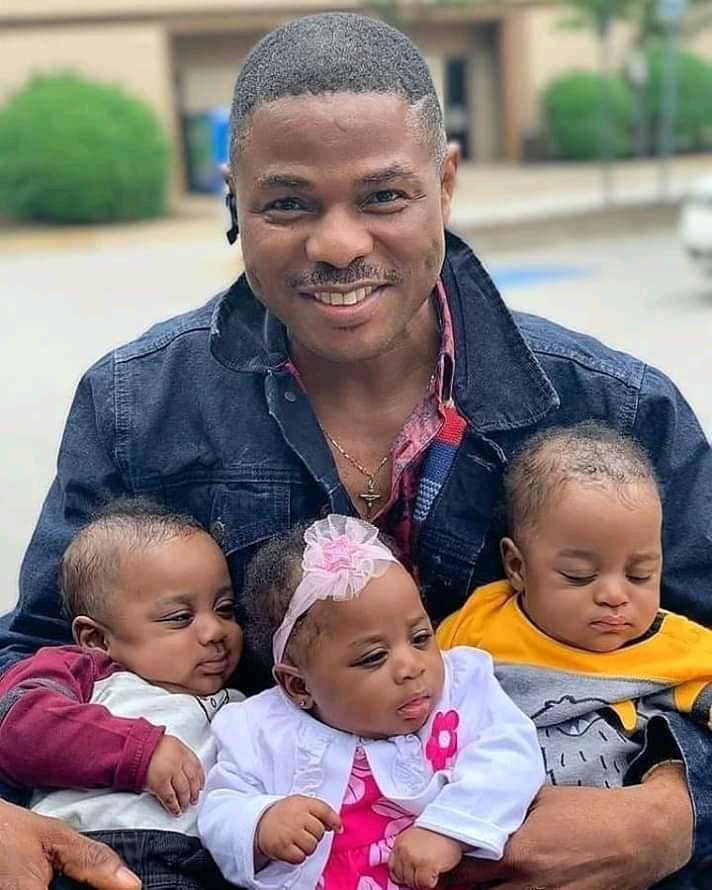 Popular Nigeria gospel singer, Yinka Ayefele has finally opened up on why he kept the news of the birth of his triplets from the public. At a point when the news was broken by some trigger happy media platforms, the singer vehemently denied it, saying it wasn’t true.

Although many have come to know of the truth but Ayefele officially made it public in an interview with Vanguard’s Potpourri.

“Yes, I even denied it once when it happened. When the news broke a lot of people were talking about it because my babies were very tiny because they were born prematurely. So, I was afraid to broadcast. I did not want to lose them after the long wait and according to a Yoruba adage that says if you broadcast a child you might lose the child, so, I decided to keep it within the family until they are fully grown and healthy.

“That is why I denied it when the news got out. But my partner told me not to be afraid, that God, who gave the kids will surely protect them and that was when I came out to tell people. I was initially afraid of how they looked, very tiny, thank God today they are big.

“It was hard to keep it a secret. A lot of colleagues in the media knew about it but I told them to hold on till the right time to broadcast it. I tried as much as I could to keep the news from getting out, I did not release any of their pictures,” he said.

He confirmed that the triplets; two boys and a girl were born on January 18, 2019 at Holy Cross Hospital in the USA. He also explained how it felt like, from the moment his wife was confirmed pregnant till the time the babies arrived

t was stage by stage. Are you asking me when we first went for the pregnancy test or when the pregnancy was a month, 3 months, 6 months or 9 months, or during labour or the day my wife gave birth? I can’t explain it each month from the 8th day she was confirmed pregnant. I most ran mad when I heard she was pregnant.

“I could not believe it after series of attempts. I didn’t know who to explained it to, but the night she gave birth it was as if I have seen them together before because I have followed her to many scan sessions. It was like welcoming them fully that night. I can’t really tell how I felt that night,” he said.

Speaking further, he said he could not believe his eyes when his wife got pregnant and was full of gratitude to God when the triplets were born as many had thought he could never have a child after 22 years of marriage.

“I don’t mind having triplets, even if I can go as far as having 20, I really don’t mind because the pain of looking for a child was so aggravating. It wasn’t easy going to mountains for prayers, going to different hospitals, both at home and abroad, doing one test to the other. Yinka Ayefele is on a wheelchair, people think I can’t get a woman pregnant because of my situation, because of my spinal cord issue. Eventually, God blessed me with triplets,” he said.