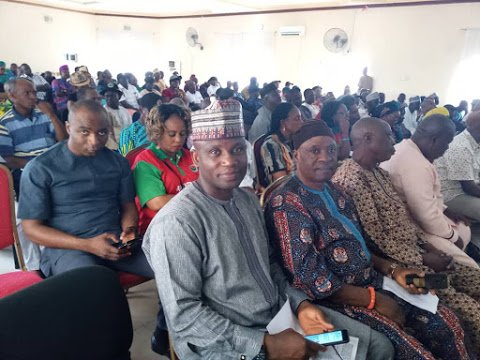 Labour and development in the next level,

Nelson Mandela Mandela  once observed that; “Education is the most powerful weapon which you can use to change the world.”  Precisely because am involved (with apology to Ikemba Ojukwu), I bear witness that consistent educational activities in the last three decades had changed the world of labor and industry in the textile and garment sector. Despite the challenges facing the industry, NUTGWN with limited resources devotes resources to education of members on wide range of themes that include Productivity, Social Dialogue, social security, Trade Unions, Occupational Health and Safety, Collective Bargaining and Industrial revival. The union’s  wise investment in continuous education of members has contributed to the well acknowledged matured and robust industrial relations system in the textile and garment industry.

Despite  the past and current challenges facing textile sector, industrial peace and  harmony commendably still prevails in the sector. Indeed in the 40 years of industrial unionism in Nigeria, there has not been a single national strike and work stoppage in the textile industry. It is commendable that through collective bargaining and regular social dialogue with employers the  union had  signed as many as 45 national collective agreements on a number of welfare items that have impacted  positively on the work and life of members. As Nigeria’s industrial relations undergoes the challenges of avoidable disputes, strikes and lockouts,  other unions and employers might find useful the model example of peaceful contestation and cooperation between workers and employers in the textile Industry on all aspects of industrial relations. The theme of this year’s Conference even assumes special importance. Timely and well thought out.

On   Tuesday July 23rd  leadership of the union led by  the President Comrade John Adaji and yours comradely, the General Secretary, paid a courtesy call on President Muhammadu Buhari at the Presidential Villa. There the President formally unveiled the new comprehensive Cotton, Textile and Garment (CTG) policy.  The CTG policy as we all know is a product of extensive consultations with all stakeholders in the textile and garment value chain. This Conference  brings  all stakeholders in the textile value chain together to critically evaluate the current initiatives, reflect on the challenges and generate ideas for industrial revival,  job creation and ensure the implementation of the new CTG policy in the Next Level of the administration. Textile union has been an enthusiastic supporter of the administration’s three point agenda of diversifying  the economy for growth and development, fighting corruption and ensuring national security and welfare of all as envisaged by 1999 constitution. During the last June 12 Democracy President Buhari announced the vision of the government to create 100 million jobs within a decade. The Nigerian Cotton Textile and Garment (CTG) sector has the capacity to transform Nigeria’s rural economy and revive the textile and garment industries by creating over 2 million jobs, improve internal revenue across three tiers of government, reduce $4.0billion import bill incurred annually on textile and apparel, safeguard and earn foreign exchange. It’s time Nigeria realized the fullest the textile potentials for nation building. Expected at the conference are the governors of cotton and textile producing States, Federal Ministry of Industry, Trade and Investment, Customs Service,  Central Bank of Nigeria (CBN), Bank of Industry (BOI), Industrial Training Fund (ITF)  and other stakeholders are expected at the Conference with policy ideas that would ensure effective  implementation of CTG policy. Textile industries are located in most of the states of the Federation. In the  80s, the industry employed some direct 650,000 workforce and indirect millions of cotton farmers, traders and garment workers and tailors. The sector contributed over 25% of the workforce in the manufacturing sector and as much to national GDP.  The defunct Northern, Western and Eastern regions and the first generation newly created states relied majorly on textile mills as  sources of internally generated revenues through company and personal income taxes. The hope is that the narrative of the sector would change from  lamentation to revival and recovery. Since  2015  government had promoted policies that support local industries such as import restrictions. There have  been unprecedented Executive Orders that encourage the procurement of Made in Nigeria goods and services. Recently the administration  gave directive to all government uniformed institutions to use locally produced garments.  Millions of decent  jobs will be created when the military, police, para-military organisations including the National Youth Service Corps (NYSC), fully patronise local industries and local fabrics. The confab examines the impact so far. In recent times, the CBN has taken a number of bold and commendable efforts to encourage patronage of local fabrics  towards driving the economic policies of your Excellency. After series of engagement,  CBN  initiated the signing of an unprecedented MOU between the Service Chiefs, Chief Executives of Uniformed Services, and textile/ garment manufacturers on enforcement of Executive Order 003 on Support of Local Content in Procurement by MDAs.

On May 6th, 2019 under the Anchor Borrowers’ Programme, CBN flagged-off the 2019 Wet Season Cotton Input Distribution to 150,000 farmers in Katsina, Katsina State.  As many as 180,000 hectares of cotton would be cultivated to  feed local  ginneries to be used in the production of high quality textile for use by the armed forces and other uniformed service organizations. Today, unprecedented massive cotton production is ongoing in across 23 States of Nigeria with the provision of high yielding varieties that will produce top quality fabrics that can compete in the international market. The  new Ministers of Agriculture, Industry, Investment and Trade must complement the commendable efforts of the CBN monetary and development financing measures. The CBN, has commendably blocked the accounts of some smugglers sabotaging Nigeria’s economy in the textile, rice and palm oil industry. The  administration has also developed a comprehensive strategy to fully optimise the benefits of AfCFTA with necessary safeguards in place to prevent and apprehend unfair trading practices such as smuggling and dumping.  The most potent so far is the  current border closures and institutionalization of mechanisms to combat smuggling on a sustainable basis. As many as 500 participants are drawn from cotton, textile, garment and self-employed tailoring sectors nation-wide for this  year’s  conference.  Fraternal affiliate guests and participants from other sectors in Nigeria, Ghana, South Africa, Zimbabwe and Ethiopia are expected to share experience on the theme.

January 8, 2023
Tech: Life made easy as Nigerian Youth integrates top shopping apps together in one app