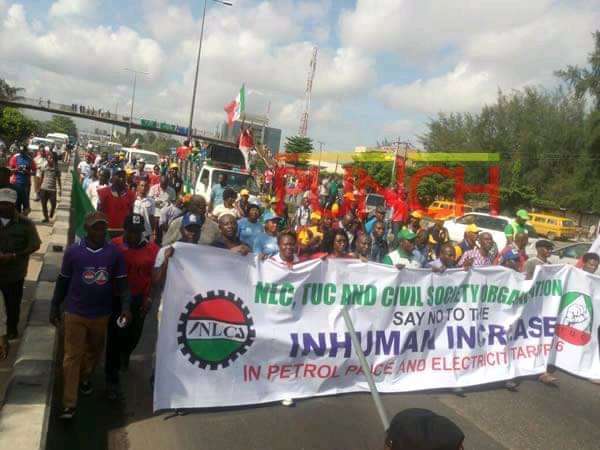 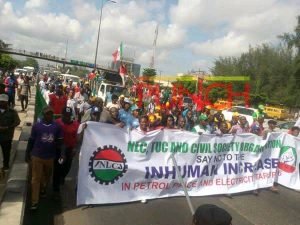 Workers across Ministries, Department and agencies are mobilizing  their colleagues, set to rescue CAC staff from the alleged tyrannical leadership,  NLC give’s  matching order to picket the commission

The picketing will take effect from Wednesday 24, February 2021 at the premises CAC in Abuja and others across the country over the management’s anti- union activities.

NLC President Ayuba Wabba who said this at the congress’ meeting declared that “the right to belong to a trade union of choice by workers is a fundamental human right guaranteed by the Universal Declaration on Human Rights of the United Nations, the African Charter on Human and Peoples’ Rights, and Section 40 of the 1999 Constitution of the Federal Republic of Nigeria and relevant sections of the Trade Union Act.”

He disclosed further that conventions 87 and 98 of the International Labour Organisation which Nigeria ratified upon attaining independence amply protects the fundamental rights of workers to organise, join trade unions of their choice and freely enter into collective bargaining with employers in the public and in the private sectors of the economy.

Waba said: “Of recent, we have witnessed an upsurge in attack against trade union rights by some organizations in Nigeria. First is the corporate irresponsibility of the Corporate Affairs Commission (CAC) which management has introduced very draconian measures to stifle trade unions and workers rights in the establishment.

“The management has institutionalized a practice of punitive transfers and other forms of punishment against trade union leaders and workers who dare speak up for their rights in the CAC. Many members of AUPCTRE have been affected in this wise. Also, the management of CAC has refused to remit check off dues accruing to AUPCTRE.

“This is aimed at killing unionism in CAC. In order to cover their tracks, the management of CAC has also tried to introduce divide and rule tactics between the unions in CAC.

“The management of CAC also attempts to adorn its industrial tyranny with a robe of officialdom by taking AUPCTRE to court. Our response as Organized Labour is simple – we will picket CAC for three days as a warning to other employers who desire to tow CAC’s line of perfidy. Our message is very clear – no one can take away the rights of workers and trade unions to organise, unionise and engage in collective bargaining.”

The NEC re-echoed that the fundamental rights to peaceful assembly and protests by citizens is a universal right that should never be breached. NEC, therefore, took a very strong stance against the rising waves of anti-union practices by some employers in Nigeria.

“In the case of the Corporate Affairs Commission, the NEC resolved to mobilize the strength of the Nigerian workforce to picket the national headquarters of the CAC for three days”.

Meanwhile, the Senior Staff Association of Statutory Corporations and Government Owned Companies (SSASCGOC) has described the move by NLC as an open invitation to anarchy.

In a letter addressed to the minister of Industry, trade and investment, Oyunba Niyi Adebayo, the association said the entire membership of SSASCGOC who are affiliate of Trade Union Congress are all waiting and warming up.

The letter which was signed by the general secretary, Comrade Ayo Olorunfemi, accused NLC of deploring the instrumentality of academic exercise and threats, in fruitless attempt to set aside the judgment of a court of competent jurisdiction through the back door.

He, however, urged the minister to call a meeting of the NLC/AUPCTRE, TUC/SSASGOC, Registrar General CAC, EFCC, DSS ICPC and Federal Ministry of Labour a view to uncovering the problem. 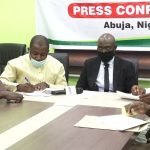 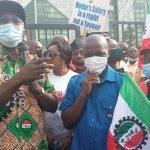