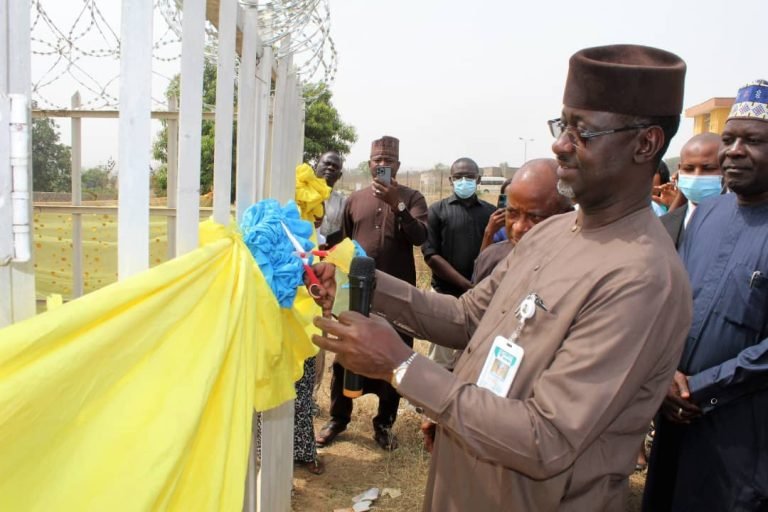 Mr Habib Ahmed, Director-General, NEMA, while handing over the equipment on Wednesday in Keffi, said it would assist in generating credible data on weather and climate predictions.

The director-general noted that the project, approved by President Muhammadu Buhari, was embarked upon to support inter-agency partnership with NIHSA, to boost its operations.

He added that the recurring flood disasters in the country was one of the most predictable, yet among the most destructive to lives and livelihoods.

“This is evidenced during the 2020 flood disaster which affected over 2 million people and led to loss of 69 recorded loss of lives.

“Yet, the impact of extreme weather events such as floods could be mitigated with adequate early warning systems put in place.

“A major tool for an early warning system, include the use of Automatic Weather Observation Station (AWOS) to compile historic data, to enable credible weather and climate prediction,” he said.

Mr Clement Nze, Director-General, NIHSA, appreciated NEMA for accepting the request to donate the equipment to NIHSA and the university community.

He added that the equipment would assist in data acquisition for monitoring hydro-meteorological phenomena across the country.

Nze noted that it would be beneficial to the agency, the university and the nation as it would ensure early warning flood preparedness, mitigation and academic researches.

In his remark, the Vice-Chancellor, Nasarawa State University, Keffi, Prof. Suleiman Mohammed, appreciated the agency for the donation.

He assured that the equipment, which would improve the quality of teaching and research, would be judiciously utilized.

The News Agency of Nigeria (NAN) reports that the event also featured the signing of a tripartite Memorandum of Understanding (MoU) for the proper use, protection and sustainability of the equipment.