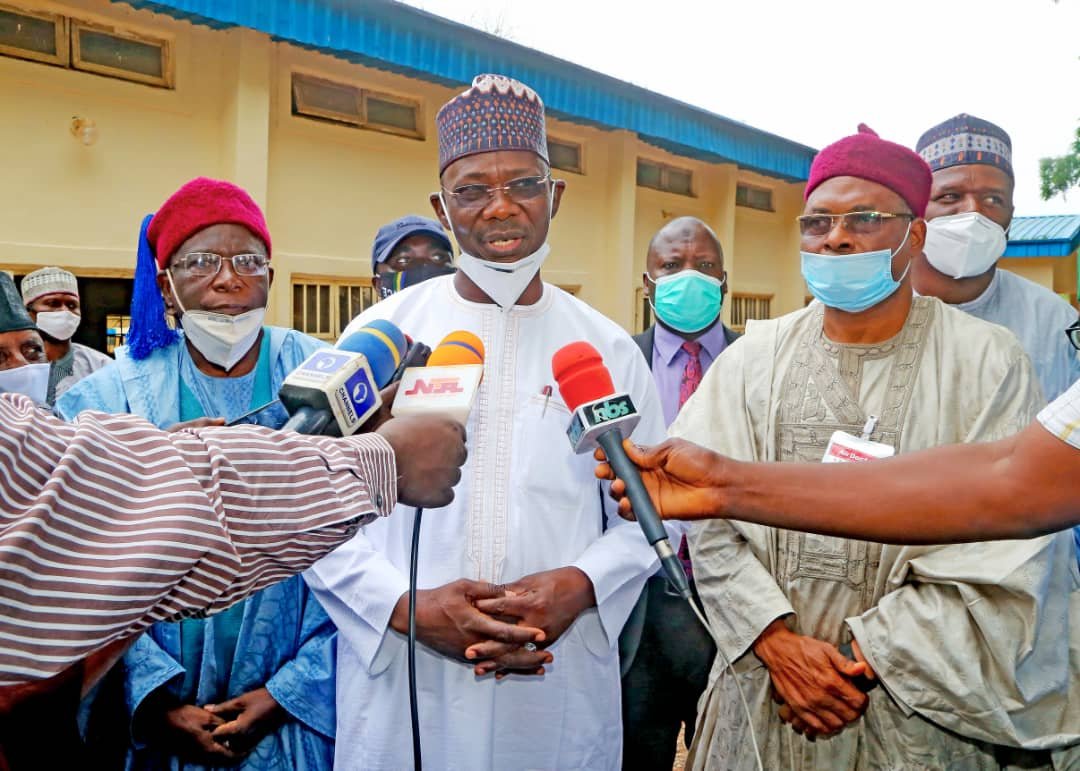 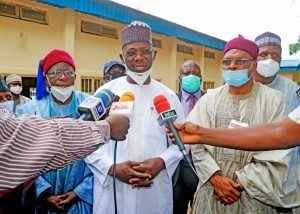 Nasarawa: How Engineer Sule is changing face of public schools through goodwill

In spite of the landmark achievements recorded in the area of education, especially the construction of new schools and renovation of already existing schools by the previous administration of Senator Umaru Tanko Al-makura, a lot still need to be done to address the apparent dilapidation and visible rot in public schools across Nasarawa State.

This is even more evident following the detailed report of a technical committee recently put in place by the Nasarawa State Governor, Engineer Abdullahi Sule, to conduct a baseline survey of all primary and secondary schools across the state.

According to the report of the committee headed by Professor Mohammed Isa Kida, Nasarawa State has 1,391 primary schools and 419 secondary schools made up of 19 junior, 320 senior and 29 boarding schools, with 90 percent of these schools dilapidated.

While presenting the report at a ceremony in Government House, Prof. Kida, said as researchers, they have done their work by stating the facts, some of which he added, will make the governor happy, while others will make him sad.

Aside of the plethora of challenges confronting the education sector in Nasarawa State, which was elaborately contained in the report submitted by Prof. Kida, the governor who undertook the inspection of schools across the three senatorial zones of the state, witnessed the apparent dilapidation and rot in most of the schools.

What was even more worrisome was the assumption by many that with the inroads recorded by his immediate predecessor in the area of construction of new classroom blocks, not much needed to be done in the area of infrastructure in public schools.

But as he saw first hand on his inspection tour across the state, Engineer Sule was of the firm believe that most of the structures in public schools are unfit to serve as learning centres meant to groom children who are leaders of tomorrow.

Aware of the need to tackle this obvious decay in public schools, especially with education being topmost priority of his administration, Engineer Sule was however confronted with dwindling revenue, particularly with the outbreak of the COVID-19 pandemic, with its negative impact on the economy of the country, as well as state.

Coming from the background of the organized private sector, it was not too difficult for Engineer Sule to start thinking outside the box, and to begin to source for funds outside the traditional means, as according to him, he can’t afford to fold his arms and wait till the economy of the country and state improve before he begins to deliver dividends of democracy to the people.

Thus, an ingenuity that is manifesting as the hallmark of the Engineer Abdullahi Sule administration, is the cashing on the goodwill from friends and former business colleagues of the governor, to give a new lease of life to pubic secondary schools, without a single Kobo belonging to the state being expended.

That way, Engineer Sule is not only saving cost but is able to direct the scarce resources belonging to the state to other developmental projects.

The Governor, having come face to face with the level of dilapidation of the schools, told national officials of the Lafia Old Students Association (LOSA), while on a courtesy call at the Government House, that his administration is reaching out to corporate organizations and individuals, to help renovate public schools.

According to Engineer Sule, this has become necessary because the state lacked the resources to renovate all the public schools in need of urgent attention.

First, it was Government Girls Secondary School Garaku, where Engineer Sule’s friends in the banking industry intervened to turn around the fortune of that school and to bring unquantifiable joy to both students, teachers and of course, the benefitting community.

In fact, Keystone Bank, which took up the responsibility to renovate the GGSS Garaku was said to have expended close to N100m to give the school new lease of life and to put the smile back on the faces of both students and teachers.

Cashing on this apparent goodwill from outside the state, which itself was an indication of the trust people put on his leadership, Engineer Sule promised to extend same gesture to Government Science School Lafia.

According to the governor, “I visited the Government Science School Lafia when it was raining and I realized it was worst than when I first visited. A school in the state capital, in a state that an Engineer is the Governor, who believes in science and technology. I was ashamed of myself.”

That visit, coupled with his determination to change the dominating narrative about public schools, succeeded in turning around the fortune of GSS Lafia, with another set of friends of the governor, pooling resources together to renovate the entire school.

Presently, Government Science School Lafia wears a new look. Refurbished classrooms, hostels, dining hall, administrative block and most especially its laboratories, where future doctors, engineers, nurses, technologists, among others, will be produced and who will be expected to man the industries and projects that will come onboard.

Taking an inspection visit to the school recently, a visibly elated Engineer Sule, expressed appreciation to his friends who undertook the renovation of the entire school.

“Let me thank them sincerely for the work they have done, to save the state government from spending resources. Education is one of the key areas of focus of this administration, without education, we can’t achieve anything,” the governor told reporters shortly after inspecting the newly refurbished school.

Aware of the need to improve science and technology education, Engineer Sule promised to execute similar project, one science school each, across the remaining two senatorial zones.

Indeed, this ingenuity on the side of the governor, has endeared him the more among the people of the state, who are now appreciating God for bestowing them with a leader that is focused, visionary and determined to take Nasarawa State to the next level of development.

Engineer Sule is bringing his hard earned reputation to bear in the administration of Nasarawa State, even as more and more corporate bodies and individuals continue to come to his aid, because of their unshakable believe in his leadership.

Abare is a Special Assistant on Media to His Excellency, Engineer Abdullahi Sule, Executive Governor of Nasarawa State. 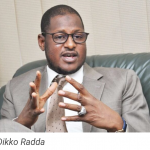 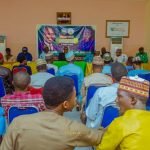