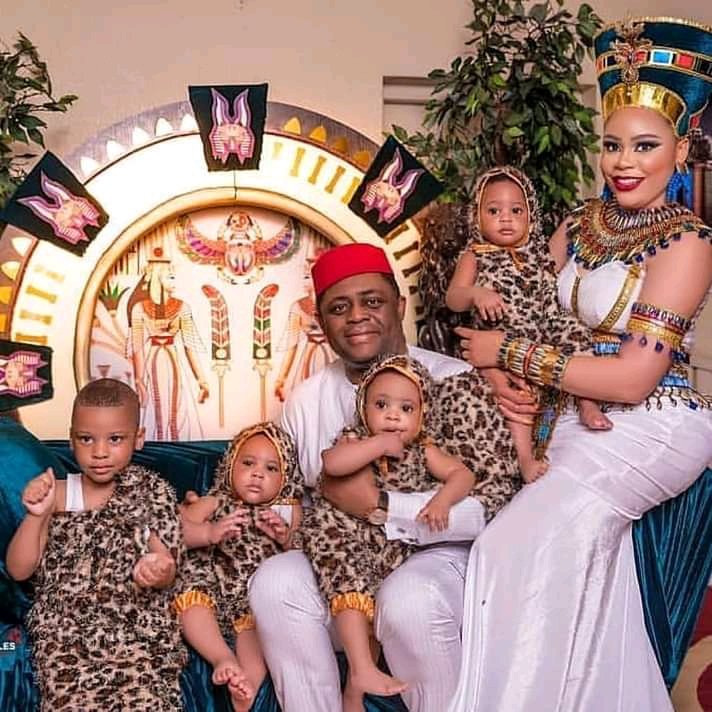 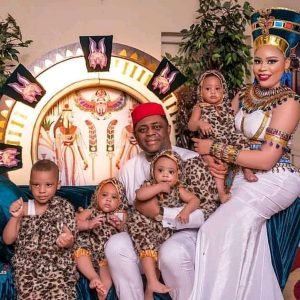 A federal capital territory (FCT) high court sitting in Apo, has fixed March 12 to commence hearing in a suit filed by Precious Chikwendu, estranged wife of Femi Fani-Kayode, a former minister of aviation, seeking custody of her four children.

In the suit marked CV/372/2021, Chikwendu is praying the court for an order giving her custody of her four sons, Aragorn, Ragnar, Aiden and Liam, but with reasonable right of access to their father.

The mother of four is praying the court to direct the former minister, who is the sole respondent in the matter, to pay the sum of N3.438 million monthly towards the maintenance and upkeep of the four kids, “with the possibility of a review of the sum every two years upon an application to the court”.

She asked the court to direct that Fani-Kayode will “be responsible for the payment of all sums and ancillary expenditure necessary for, arising from and appertaining/incidental to the advancement, and/or education” of their four children.

In the interim, Chikwendu wants the court to grant her interlocutory custody “in the interest of the children and particularly giving the difficult circumstances in which the children are growing up without the care and nurture of the applicant”, pending the determination of the suit.

She also sought for an order “restraining the respondent, whether by himself, his agents, privies, servants or associates, howsoever called, from forcibly removing, or relocating the children from Abuja or the territory of the Federal Republic of Nigeria, pending the hearing and determination of the suit”.

In the affidavit in support of her application, Chikwendu submitted that she met the former minister in 2014, when she was 24 years old and at the pinnacle of her career.

“The respondent and I were soon involved in an intimate romantic relationship which lasted for over six years, during which we cohabited together at the respondent’s residence at No. 5, Zuma Close, Off Udi Hills Street, Also Drive, Abuja,” she stated.

She described her relationship with the former minister as “a turbulent and unhappy one”, adding that he was “in the habit of beating me up during every quarrel”.

“My relationship with the respondent witnessed fear, harassment, and series of assault both perpetrated by the respondent himself or with the use of the Nigerian police force, his security details and, or his personal bodyguards,” she said

“From the early days of our relationship, the respondent has always maintained a lifestyle of utter disregard to my feelings. This was evident in the way and manner the respondent assaulted me while pregnant with our first son, Aragorn.

“The respondent kicked me severally on my stomach over a petty argument that ensued. It was my friend, Vanessa, who was around at the material time, that intervened in the nick of time to save me.

“I had to leave the respondent’s house a few days after this incident. The respondent repeated the same act when I was pregnant with the triplets. This time, it was my mother and sister, Faith, that intervened.

“That the respondent at the slightest provocation, abuses, beats and assaults me, my late mother and my siblings when they visited.

“That as we progressed in the relationship, the beatings became so severe that on many occasions, I feared for my life.”

Chikwendu told the court that “the respondent will strip me naked in the full glare of everyone in the premises, threaten to kill me while hitting me, and on other occasions, exhibit all forms of cruelty towards me that I sometimes leave the house for my friend’s place for safety.”

“However, on many such occasions, the respondent will call to apologise, send friends and colleagues who persuaded me to return to the respondent and to try to make the best of the relationship,” she said.

“That there were other times that the respondent will send his bodyguards to stalk me till I give in to returning to the respondent.”

Narrating further, the mother of four said Fani-Kayode became more aggressive in April 2015 when the Economic and Financial Crimes Commission (EFCC) levelled allegations of corruption against him.

She said she had to relocate to Lagos to cater for him while he was detained in EFCC custody.

“By the time the respondent was done beating me up, I had a broken nose and bled all night with bruises all over my body.

“That I have a number of recorded videos and voice notes to prove this series of inhumane treatments.”

Chikwendu submitted that the father of her children started accusing her of infidelity when she was pregnant with the triplets.

“This allegation escalated to what I reasonably believe was a paranoia which eventually influenced the respondent in forcefully preventing me from travelling out of the country to give birth to the triplets, on some conviction that I will abscond with the kids for another man,” she said.

“That I made several unsuccessful attempts to leave the relationship because of the escalating abuse and violence, but the respondent will, in his usual trend, use the Nigerian police force to restrain and unlawfully detain me.”

She alleged that when she attempted to leave the house with the children sometime in 2018, the respondent, in the company of the immediate past DPO of Asokoro police division and her team of policemen, “handcuffed me and stripped me naked while someone from the crowd whom you initially mistook for a policeman, forcefully injected me with a sedation.”

“That I was then abducted and incarcerated at a hospital for a period of two weeks. I was separated from my six months old triplets and a year-old son at the time.”

She added that the former minister “has been on the spree of posting pictures of my children with different women whom I reasonably believe are his girlfriends, on different social media platforms, all in the effort to spite me”.

She averred that she has resources to make her children comfortable which includes an annual income of N10 million from her businesses, and her role in the entertainment industry.

Meanwhile, when the matter came up before Sylvester Oriji, a judge, on Friday, he directed that all the legal documents should be served on the respondent, and adjourned the matter for hearing. 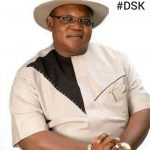 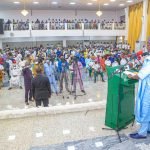