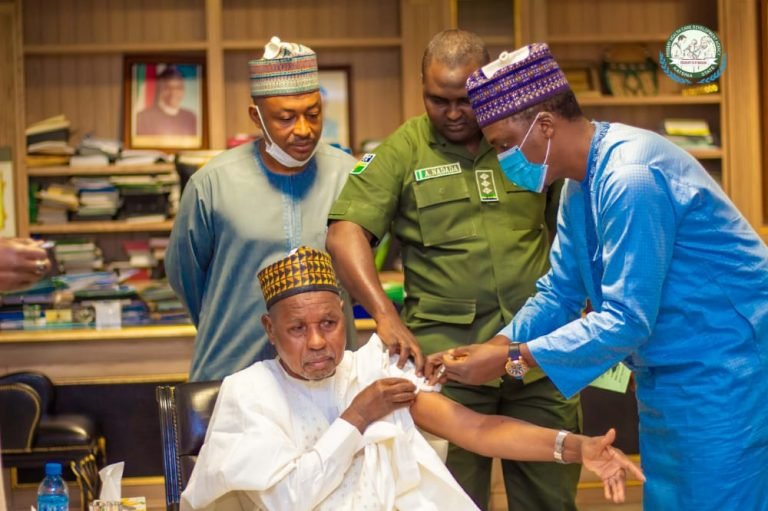 No fewer than 104,530 people have received the first dose of Astrazeneca COVID-19 vaccine in Katsina State.

Dr Shamsuddenn Yahaya, the Executive Secretary of the State’s Primary Healthcare Development Agency, said this in an interview with the News Agency of Nigeria (NAN) on Thursday.

Yahaya also said that 58,471 people have so far have received the second dose of the vaccine, including Gov. Aminu Masari.

Yahaya also said that 210,520 doses of Astrazeneca were received for the phase one and two of the exercise in the state.

He said that 123,000 doses of Astrazeneca had been received for the third jab, otherwise known as booster dose, while Pfizer vaccine receive for the same purpose is 35,100 doses.

Yahaya said the vaccination recorded huge turnout which he attributed to the commitment of Gov. Aminu Masari and traditional rulers in the state.

“There was vaccine hesitancy even among healthcare workers due to misinformation especially in the social media but with vigorous social mobilisation people now accept the vaccine,’’ he said.