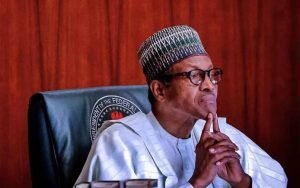 The Economic Pressures of Inflation in Nigeria

The Reversing Gear of Inflation on Nigeria’s Economy

Inflation, inflation and inflation. This words is the foremost economic and economist terminology that does not escape been mentioned when discussing microeconomic or macroeconomic. General no serious economist,political economist or financial experts would dare not to talk about it.
Inflation is scary, dreadful and dangerous. Its an economic bearing that reminds one what the positive and negative daring of electricity current to power appliances and machines. To the capitalist, inflation stimulate the economy to grow,with positive impacts on manufacturing and business to rein in more funds.
And on the negative side,inflation reduce and purchasing power of the poor. Further denial them the necessary basic items of consumption.
Our fear is we can’t rule how this doubles digit inflation persisting in 2022. With hindsight that it will negatively impact and distort fiscal and monetary police, banks long-term borrowing and lending,disrupt household consumptions, businesses investment,as well and crippled saving decisions.
That why a critical interrogation of recent inflation figure comes handy as we plan and project for 2022.
The National Bureau of Statistics released Nigeria’s inflation figures for the month of December 2021 recently.
With the figure in uptick to 15.63% compared to the previous months
It interesting to note that the inflation figures as been recording steady declines in 8 successive months before the December 2021 figures.
The reality of the foregoing mentioned rise in inflation rate shouldn’t comes as a surprise to most economic analysts,development experts who following up on the Nigeria’s economy trajectories. considering Especially,as concerns have always been raised on the governments economic policy either at micro or macro level.
Particularly,, Nigeria’s consumer price index rose by 15.63% year-on-year in December 2021, compared to the rate of increase recorded in the preceding month (November 2021 – 15.4%) according to the NBS
Although the rate been released by NBS showed moderation from the high recorded in the previous years that leveraging on favourable base periods but those not reflect market reality across most Nigerian state.
The questions on every Nigerian are asking is what really fueling inflation increases in the country? Specifically, they want to know how governments on his own have not been able to tame this dreadful elements in our economic life.
A breakdown of the reports show that food inflation’s, which accounts for all volatile agricultural produce increase by 0.16% points to 17.37% in December 2021 compared to 17.21% recorded in the previous month of November of same year.
Majorly,the food commodities that are daily consumed by Nigerian such as bread cereals, milk,meat, fish, potatoes, yam and other tubers, soft drinks and fruits.
On the other hand, the none food items are not left out in inflation surge. The most popular is prices of cooking gas,electronic, clothes, shoes,transportation both air and road,machines and equipment, liquid fuel
Sadly,despites trillions of naira been spent as intervention on agriculture. The increase in the food inflation rate to a surge in the prices of bread and cereals, proteins foods like fish, meat, egg and beverages as reported by the NBS food price index.
Regrettably, the impacts of inflation metrics will continuously erode the purchasing power of Nigeria’s .
Notedly, household’s vulnerable that are struggling recover from covid-19 induce economic lockdown.
Fundamentally, economist would always attributes demand and supply paradigms factors that drove inflation,and most especially food price inflation
However apart from such what else if we considered other items not in the range of foods commodities.
Although,a good note is recycle obvious structurally challenge’s in our clime,that have outshine every possible solutions.
What can be done. Addressing food pressure inflation in Nigeria demands stronger security action against farmers herders conflict and banditry phenomenon affecting farm produce segment across rural and urban food supply chain.
Another is a moderation breaker from the central bank tightening its monetary stance
Although just conclude first Monetary Policy Committee (MPC) for 2022 retain the 11,5%interest rate and projecting over 3% economic growth for the country.
Nevertheless, as it stands, unabating FX pressure on the naira in the currency market is enormous. And the solution is to reduce our importation by domestic drive production.
This can help us drive down negatively impacting inflation resulting from import items.
In addition it not a bad idea for the government to put in place a price control board to tackle the menace of middle men and women taking advantage at this time.
Given we all agreed that the points of fear of farmers to return to the farmlands due to clashes with the herders in the northern region as well as other security measures in some southeastern states.
The poor state of our roads,poor storage food facilities, multiple taxes and high cost of transportation.
Nonetheless, nobody is reasoning the ugly role of unscrupulous individuals proclivity in pressure in the inflation.
Our take is stopping every factor responsible for the eroding the purchasing power of Nigerians and the naira is welcome.