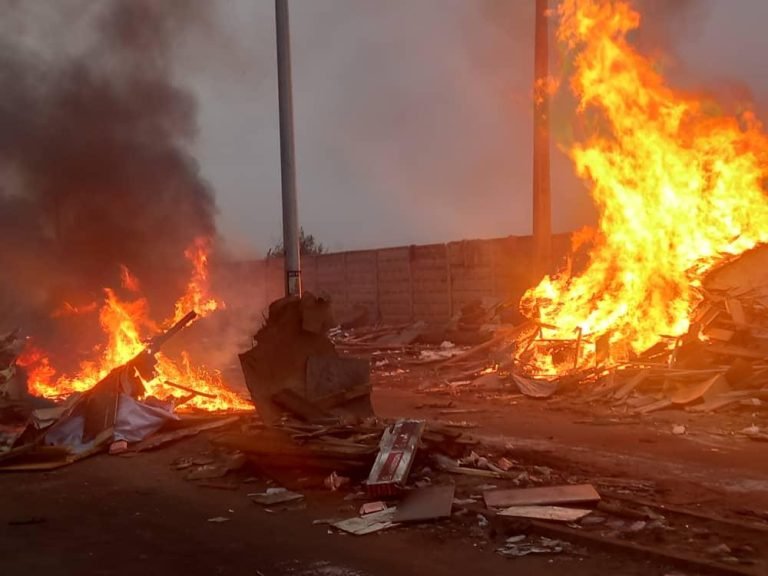 The Lagos State Taskforce on Environmental and Special offences has cleared shanties on the Lekki coastal areas to discourage haphazard development and promote a crime-free society.
The Chairman of the State Environmental and Special Offences Unit, CSP Shola Jejeloye, confirmed this in a statement issued by the Director, Press & Public Affairs of the unit, Mr Gbadeyan Abdulraheem, on Thursday in Lagos.
Jejeloye said the exercise was in line with the Lagos State T.H.E.M.E.S. agenda of making the state a 21st Century economy through a creative robust tourism assets and improved physical infrastructure and security.
He reiterated the agency’s commitment to the clearing of all shanties in the state to allow for free flow of traffic, discourage haphazard development and promote a crime free society.
“The agency had again cleared shanties along Lekki-Marwa Coastal road, Sapphire Tower, and Blue Water Area of Lekki -Epe Expressway road and also made arrests of miscreants for flouting the state government laws which are not in line with the state physical and infrastructural development masterplan,” Jejeloye said.
He said that the state would no longer be a home for miscreants and haphazard development or shanties, but can only accommodate people with positive thinking.
“It is unthinkable to see people residing or sleeping in a place that is not fit for animals, we will make the state unhabitable for all the serial law breakers and criminals,” Jejeloye said.
He said that the state government had given the illegal occupants series of notices and also carried out a demolition exercise of the same location for free flow of traffic.
“We have been here severally to demolish these illegal structures impeding free flow of traffic and construction of alternate road.
“The area is becoming a breeding ground for miscreants and hoodlums who engage in traffic robbery along this route and we will make sure we flush them out completely,” he added.
Jejeloye said that the agency cleared over 25 shanties in 2021 and charged the residents to court for violating environmental laws.
“These shanties were built haphazardly without any form of environmental provision for waste disposal or drainage channels. That is the reason you see most of these areas were flooded and overwhelmed whenever it rains. We will not condone it any longer.
“Wetlands which are very common attributes of a coastal state like Lagos, if not properly managed, could worsen the flooding usually experienced during the rainy season.
“We have to make sure they are not encroached upon by illegal occupants, that is the reason we partnered with other MDAs to reclaim wetlands like Odo-Iyalaro.
“We are fully committed to ensuring that these miscreants are evicted from this place and we will make sure this exercise is effective, efficient and continuous until the state vision of serene, secured and tourist friendly environment is achieved, utilised and enjoyed by all Lagosians.
“The removal of shanties and the ongoing enforcement for compliance activities in all the nook and crannies of the state are part of the efforts of the government to rid the state of shanties, miscreants and compel compliance of all cases of environmental laws violations,” Jejeloye noted.
NAN