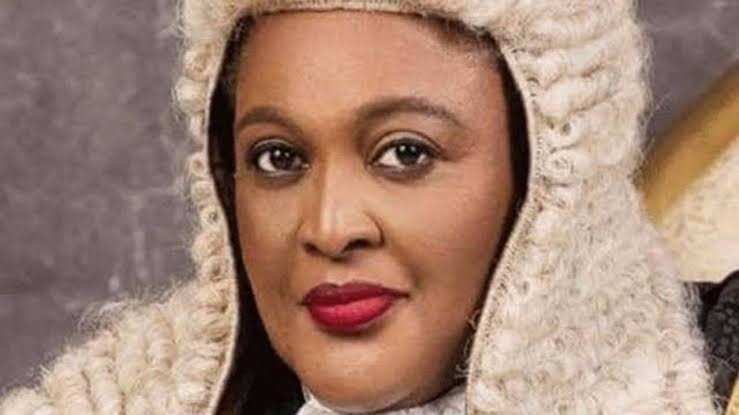 The Federal Government, on Wednesday, produced 15 suspected invaders of the Supreme Court Judge, Justice Mary Odili, for arraignment at the Federal High Court, Abuja.
The suspects were led into Court 11 by the operatives of the Nigerian Police Force from the Force Headquarters at about 1:40pm where they will be arraigned before Justice Nkeonye Maha.
The News Agency of Nigeria (NAN) reports that the Police High Command had, on Nov. 11, paraded 15 suspects over the invasion of the Abuja residence of a Supreme Court Justice, Mary Odili, describing them as impostors unknown to any of the nation’s security forces.
Parading the suspects at the Force Headquarters Annex, Abuja, Force spokesman, Frank Mba, said that the 14 suspects include a fake Chief Superintendent of Police (CSP) Lawrence Ajojo.
He said the suspects, and seven others at large, conspired to raid the residence following information that the Supreme Court justice was keeping a large sum of money in foreign currencies.
According to Mba, the seven suspects still at large include two soldiers.
He said the suspects involved in the criminal acts came from different professional backgrounds such as journalism, banking, law enforcement and law.
He said the syndicates, including one Stanley Nkwazema, a journalist, were loose canons and document forgers who were on their own and not hired by any personnel of the Ministry of Justice.
NAN reports that Justice Odili’s residence at 7, Imo Street, Maitama, Abuja, was, on Oct. 29, allegedly invaded by armed security operatives on the grounds of alleged tip-off by a whistleblower, one Aliyu Umar, who claimed to have observed suspicious activities at the residence
Chief Magistrate Emmanuel Iyanna was said to have approved a search warrant by a body identified as the Joint Panel Recovery Unit in the Ministry of Justice, leading to the invasion of Odili’s home.
The magistrate later revoked the order, saying he was misled while the police and other security agencies also said they was not aware of the raid.
However, the police commended the resistance put up by the security personnel attached to Odili’s residence for not allowing the suspects access to the building, saying that it could have been the greatest embarrassment to the nation if the operation had succeeded.
The siege had drawn condemnation from many Nigerians and several interest groups, including the Nigerian Bar Association (NBA), the Supreme Court, National Assembly, several state governors, civil society organisations, among others.
The Attorney-General of the Federation (AGF) Abubakar Malami, SAN, and the Inspector-General of Police, Usman Baba, had separately denied authorising the raid or knowledge of it.
The Economic and Financial Crimes Commission (EFCC) and the Department of State Services (DSS), both of which were also linked to the invasion, had denied involvement.
As at the time of filing the report, the court was yet to begin sitting.
NAN