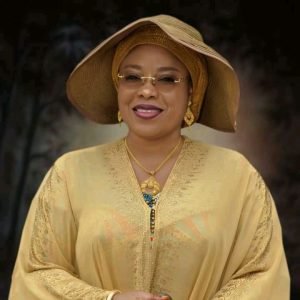 Hon minister of State for FCT, Dr Ramatu Tijjani Aliyu has embarked on satellite town projects inspection and evaluation ahead of commissioning.

Aliyu, while on tour of the projects, gave President Muhammadu Buhari credit for the laudable initiatives.

The Minister was represented by Mr Obinna Francis, Coordinator Satellite Towns Development Department (STDD), who inspected the many projects on Friday, in Abuja.

She explained that the aim of the projects’ inspection and documentation was to asses the number of projects successfully executed by the Buhari administration across the Federal Capital Territory (FCT).

According to her, the satellite towns project is close to the heart of the president because of his genuine love for the masses.

”Remember that this project has a direct impact on the life of the masses in the communities,” she said.

Also speaking, Francis said the minister had directed him to ensure that every project across the satellite towns was properly documented.

”In the end, completed projects across the six area councils, aimed at improving the welfare of the communities, shall be unveil

”The Buhari administration is doing so much in the rural communities that a lot of people are not even aware,” Francis noted.

According to him, so far 13 projects spread across the six area councils have been successfully executed and completed.

He said most of those projects were sighted at Abaji, Gwagalada, Bwari,Kuje, Karshi and Kubwa.

The STDD boss directed personnel of the department to notify contractors of the projects to ensure 100 per cent completion without further delay, ahead of Commissioning.

He commended some of the contractors for deligent jobs, but frowned at the attitude of others for failing to mobilise to site.

The coordinator further threatened to recommend heavy sanctions against companies not meeting up with their contract obligations of ensuring timely completion.

Francis said the era of collecting public funds and converting to personal use was over.