The INEC Resident Electoral Commissioner (REC) FCT, Alhaji Yahaya Bello gave the assurance on Friday,  in his remarks at a one day sensitisation meeting with PWDs toward an Inclusive Area Council Elections in FCT, organised by INEC.

Yahaya represented by the  Deputy Director, ServiCom INEC FCT, Mr Dennis Ogu, said that INEC taken into consideration the electoral rights of every citizen,  had continued to strive to remove barriers which prohibited full participation of PWDs as voters and candidates.

“The commission has therefore put in place several measures to ensure that persons with disabilities are included in the electoral process in the country.

“Therefore, in the forth coming area council election, the commission will be providing Braille Ballot Guide and/or magnifying glasses for visually impaired persons.

“Special queues will also be maintained on the election day to give priority to the persons with disabilities to cast their ballots with dignity and privacy.

“Other measures will be explained to you by relevant departments in the course of this meeting,” Bello said.

The REC said  the sensitisation meeting was organised toward ensuring that every registered voter in FCT,  including PWDs exercised his or her civic rights in the election without hindrance or inhibition.

The INEC Director, Gender And Inclusivity Department, Mrs Blessing Obidegwu, presenting the objective of the workshop, said the meeting sought to educate the marginalised groups especially the PWDS on voting procedures.

Obidegwu, represented by by Mrs Lakunuya Bello,  said the sensitisation was to enable PWDs serve as voter educators themselves, join the commission in preaching and educating people within their community to ensure that no eligible voter is left behind at the forthcoming FCT council poll.

“The role of Electoral Management Bodies (EMBs) like INEC in a democracy is to conduct free, fair, credible, and inclusive elections as well as provide an enabling environment for all eligible citizens,  irrespective of gender, tribe, and disability to exercise their constitutional rights and privileges to vote and be voted for during elections.

“Persons with disabilities have fundamental human rights which include the right to vote and be voted for and the commission remains a strong advocate in ensuring that PWDs are mainstreamed into the electoral process.

“Hence, this meeting seeks to provide us with information on the elections as well as what is expected of PWDS in the electoral process to enhance their participation.

“Without the active participation of PWDs in the electoral process, the goals of equality and development cannot be fulfilled, and their voices must be heard like other citizens,” Obidegwu said.

She stated that PWDS who presented  themselves to  Polling officers on election day,  will be given priority to vote

“By so doing, all PWDS on the queue will be allowed to vote, thereby enhancing their full and active participation in the electoral process.

“ The commission will also be deploying assisting  materials to all polling units in FCT: magnifying glasses for voters with Albinism, Braille Ballot Guide for the visually impaired voters and Poster EC30PWD (Election Day Written Instructions) for the hearing impaired.

“All these materials will be made available by the commission to ensure inclusion of PWDS in the election process,” the director said.

Ujah said  the issue of inclusion  which INEC started, had come to stay.

“We will always appreciate their efforts in ensuring that there is full inclusion of persons with disabilities in their plans and policies on election matters.”

He said that the sensitisation would increase the partnership between INEC and the association in enlightening   PWDs on  the electoral processes. 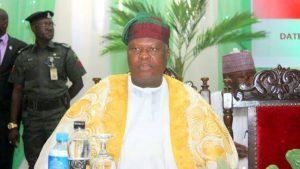 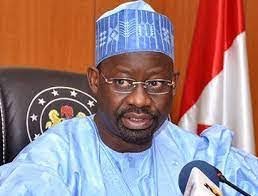 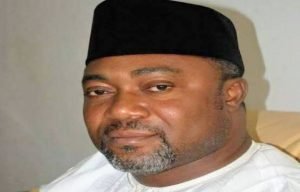