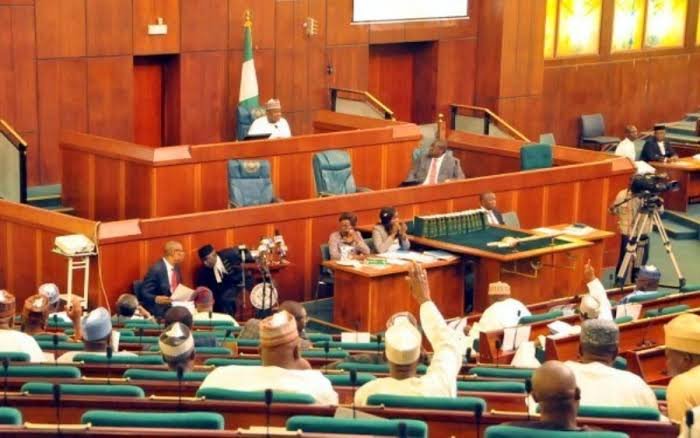 Senate on Tuesday at plenary passed a harmonised report, with the House of Representatives, adopting direct, indirect, and consensus mode of primary elections for political parties.

The passage followed the adoption of a motion on “Rescission on Clause 84 of the Electoral Act Amendment Bill and Committal to the Committee of the Whole.”

The motion was sponsored by Sen. Abdullahi Yahaya (APC-Kebbi).

Yahaya, while presenting his motion said that the Senate had on Jan. 19 reconsidered section 84 of the Electoral Act Bill, following the withholding of assent by President Muhammadu Buhari.

He said there were some fundamental issues that required fresh legislative action by both chambers of the National Assembly on clause 84 of the bill.

This, he said necessitated a joint leadership meeting of the National Assembly to give Nigerians an enduring electoral act that would stand the test of time.

President of Senate, Dr Ahmad Lawan after the adoption of the motion,  said bypassing the amendment on clause 84, which is a mode of conducting primaries by political parties to produce candidates, the national assembly has concluded its task on the electoral act amendment bill.

He said the Senate and the House of Representatives had passed the bill with slight differences.

He said what the national assembly has done was to give a clear and sufficient definition to each mode of primaries.

Lawan said the mode of direct and indirect primaries was well defined as to how it would be conducted.

For the consensus, Lawan said the two chambers produced a very clear definition of how a consensus candidate could emerge.

He said the national assembly was glad it was able to achieve the consensus, adding that it was very optimistic that President Muhammadu Buhari would sign the bill.

“Our desire is to ensure that we reform the electoral processes in Nigeria, for better transparency, better accountability, and integrity and to the satisfaction of Nigerians.

“Political parties, when the bill is signed into law would have the responsibility to ensure they follow the law, otherwise they will end up missing the opportunity to participate in the elections,” Lawan said.

Lawan thanked the lawmakers for ensuring the passage of the bill, saying that the bill would ensure that the votes of every Nigerian would count.

The News Agency of Nigeria (NAN) reports that the amended bill provides in clause 84 (2) that, “The procedure for the nomination of candidates by political parties for the various elective positions shall be by direct, indirect primaries or Consensus.”

It added in 84(3) that “a political party shall not impose nomination qualification or disqualification criteria, measures, or conditions on any aspirant or candidate for any election in its constitution, guidelines, or rules for nomination of candidates for elections, except as prescribed under sections 65, 66, 106, 107, 131, 137, 177 and 187 of the Constitution of the Federal Republic of Nigeria, 1999 (as amended).”

On Direct Primaries in 84 (4), the amended version provides that, “A political party that adopts the direct primaries procedure shall ensure that all aspirants are given equal opportunity of being voted for by members of the party and shall adopt the procedure outlined below:

“(a) In the case of Presidential Primaries, all registered members of the party shall vote for aspirants of their choice at a designated centre at each ward of the Federation.

“(b) The procedure in paragraph (a) above of this subsection shall be adopted for direct primaries in respect of Gubernatorial, Senatorial, Federal and State Constituencies.

“(c) Special Conventions or Congresses shall be held to ratify the candidate with the highest number of votes at designated centres at the National, State, Senatorial, Federal and State Constituencies, as the case may be.”

On Indirect Primaries, the bill provides under 84(5) that, “A political party that adopts the system of indirect primaries for the choice of its candidate shall adopt the procedure outlined below:

“(a) In the case of nominations to the position of Presidential candidate, the political party shall – (i) hold a Special Presidential Convention at a designated centre in the FCT or any other place within the Federation that is agreed to by the National Executive Committee of the party where delegates shall vote for aspirants of their choice.

“(ii) the aspirant with the highest number of votes cast at the end of voting shall be declared the winner of the Presidential primaries of the political party and that aspirant’s name shall be forwarded to the Commission as the candidate of the party.”

It further provides under 84(7) that, “Where there is only one aspirant or a consensus candidate in a political party for any of the elective positions mentioned in subsection (5)(a), (b), (c) and (d), the party shall convene a special convention or congress at a designated Centre on a specified date for the confirmation of such aspirant and the name of the aspirant shall be forwarded to the Independent National Electoral Commission as the candidate of the party.”

The Electoral Bill provides in 84(8) that, “A political party that adopts the system of indirect primaries for the choice of its candidate shall clearly outline in its constitution and rule the procedure for the democratic election of delegates to vote at the convention, congress meeting.”

On Consensus Candidate the bill in 84(9)(a) provides, “A political party that adopts a consensus candidate shall secure the written consent of all cleared aspirants for the position, indicating their voluntary withdrawal from the race and their endorsement of the consensus candidate.”

It goes further in paragraph (b) that, “Where a political party is unable to secure the written consent of all cleared aspirants for the purpose of a consensus candidate, it shall revert to the choice of direct or indirect primaries for the nomination of candidates for the aforesaid elective positions.”

The bill states in paragraph (c) that, “A Special Convention or nomination Congress shall be held to ratify the choice of consensus candidates at designated centres at the National, State, Senatorial, Federal and State Constituencies, as the case may be.”